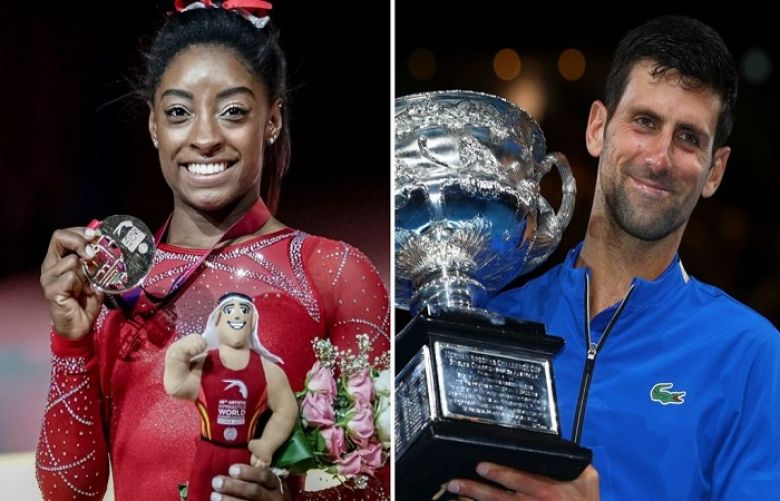 American Biles, 21, was named Sportswoman of the Year after winning four gold medals, one silver and one bronze at the 2018 World Championships.

Serb Djokovic, 31, won the Sportsman of the Year award after claiming victory at both the US Open and Wimbledon.

Elsewhere, Slovakian skier Henrieta Farkasova and guide Natalia Subrtova won the Sportsperson of the Year with a Disability award after winning four gold medals at the 2018 Winter Paralympics.

Football World Cup winners France won Team of the Year, and Kenyan athlete Eliud Kipchoge took the Exceptional Achievement Award after taking 78 seconds off the world marathon record with his victory in Berlin.