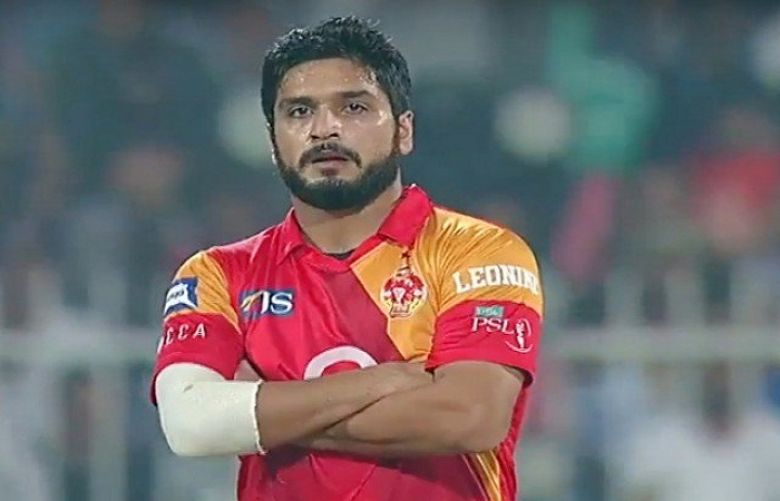 Islamabad United fast bowler Rumman Raees has regained his fitness and looks forward to giving his best in the upcoming season of Pakistan Super League (PSL).

In a video message released by the franchise, Raees said he has regained full fitness and has set his goal for the 4th edition of PSL.

“I had suffered a knee injury which was followed by a back surgery which kept me out of action,” he said about his struggle.

“I have worked a lot on my fitness. I am fully fit now and will be in action during the fourth edition of Pakistan Super League,” he added.

Raees was injured during the previous edition of PSL while fielding in the match against Quetta Gladiators at Sharjah.

He has since been out of action.

However, he is now set to make a return to competitive cricket, once again in Red.

“Thanks for all the support and remembering me despite me being out of action for around a year,” Raees said. “I have set my aim for PSL, want to look different in the league. I will do my best to make my team victorious."