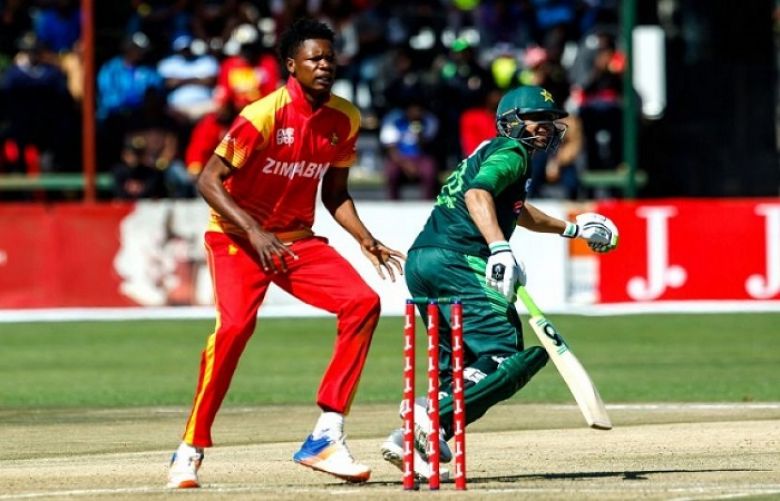 Pakistan chased the 163-run target against Zimbabwe in the fourth match of the T20 tri-series played here on Wednesday.

Solomon Mire hit a 94 off 63 balls which included six fours and six sixes to help Ziambwae to a formidable total of 162. He was aided in the batting department with opener Cephas Zhuwao who posted 24 off 26 and then with Tarisai Musakanda's 33 off 22 balls.

The visiting team's batting powerhouse chased the target in 19.1 overs.

For Pakistan, Mohammad Amir, Faheem Ashraf, Shadab Khan and Hussain Talat each picked up a wicket

The green shirts will be looking to make a comeback after they lost their second T20 match of the tri-series against Australia.

Australia beat Pakistan by nine wickets on Monday, ending the green shirts' eight-match winning streak in the shortest format of the game.

Fast bowler Billy Stanlake demolished Pakistan's top order with four quick wickets as they were held to 116 all out. Australia chased down the target in the 11th over, powered by skipper Aaron Finch's 68* off 33.

Pakistan beat Zimbabwe by 74 runs in the opening match of the series.