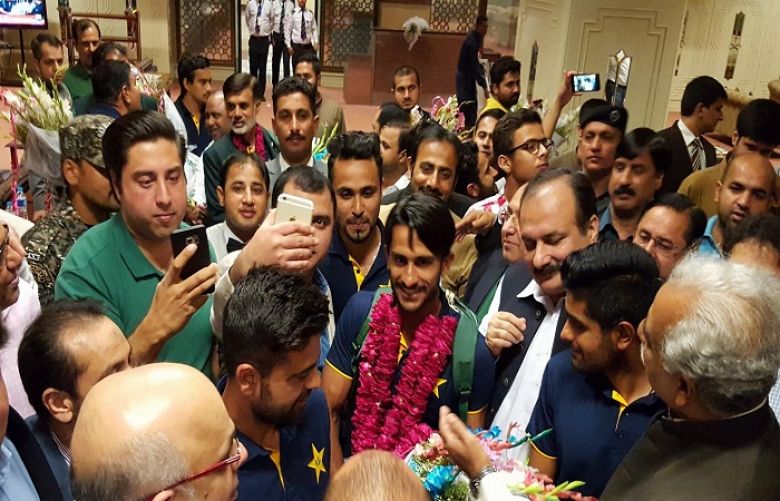 Four members of victorious Pakistan cricket team which won the Champions Trophy title in England got heroes’ welcome on reaching the Allama Iqbal International Airport in the wee hours of Tuesday.

Pakistan beat arch-rivals India by 180 runs in the final to win the Champions Trophy title on Sunday at The Oval in England.

Provincial ministers, PCB officials and a large number of cricket fans were present at the airport to receive their heroes. Chanting slogans in favour of national cricketers, fans showered rose-petals on their heroes as soon as they appeared outside the airport lounge.

Leaders of various political parties, a large number of cricket fans, friends and relatives of players received the players at the airport. Sarfraz and Rumman Raees were profusely garlanded and rose petals were showered on them.