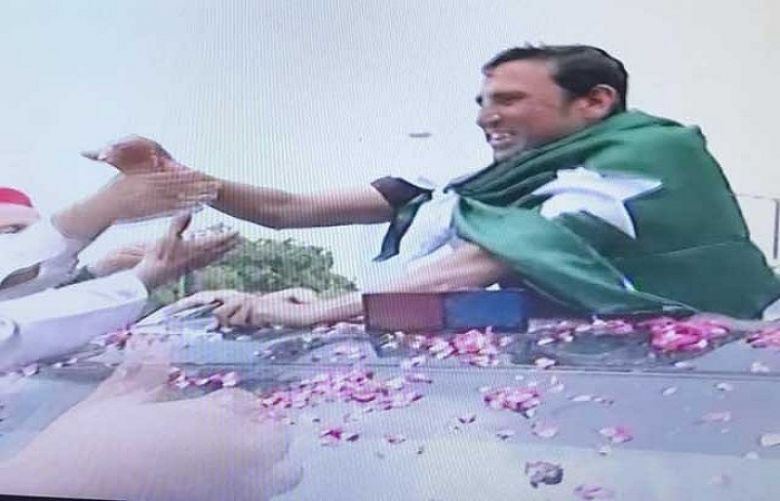 Veteran Pakistani cricketer Younis Khan received a hero’s welcome on his arrival at Jinnah International Airport here on Monday after his return from West Indies on Monday.

Younis Khan has announced his retirement from international cricket after playing his last test series in Caribbean. He is the first Pakistani batsman to score 10,000 runs.

A large number of his fans besides cricketers and other notables were seen waiting anxiously to receive the cricket star at Karachi International Airport.

Senator Shahi Syed of Awami National Party (ANP) was among the crowd to receive the cricket legend.After emerging from arrival terminal gate of the airport, Khan was received by huge crowd.Sharing his sentiments on the occasion, Younis Khan said that he has taken retirement from his playing career but not the cricket.

While taking pride in scoring 10,000 runs in his test career, Younis further said that he wants to do something for the nation. “I have been offered coaching from various cricket academies”, he said while dispelling a notion of taking part in politics in future.

Recently, he had toured West Indies where the national team clinched a first-ever test series victory in West Indies, registering a historic record.