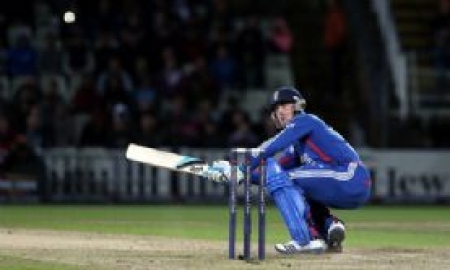 LONDON: England will depart for their Twenty20 World Cup defence in Sri Lanka in good heart after squaring the three-match series against South Africa with an emphatic 28-run win at Edgbaston on Wednesday.

In a match reduced to 11 overs a side after heavy rain left parts of the outfield soggy, England piled up 118 for five, a total that proved more than enough as they restricted South Africa to 90 for five in reply.

Opener Craig Kieswetter top-scored with 50 and big-hitting Jos Buttler weighed in with an inventive cameo of 32 from just 10 balls.

Buttler smashed the ball to all parts, hitting three sixes in the penultimate over bowled by Wayne Parnell from which England took a massive 32 runs.

Tim Bresnan and Graeme Swann took two wickets apiece as South Africa's challenge fizzled out once Hashim Amla was caught in the deep for 36.

South Africa won the first game of the series at Chester-le-Street and the second at Old Trafford was abandoned.