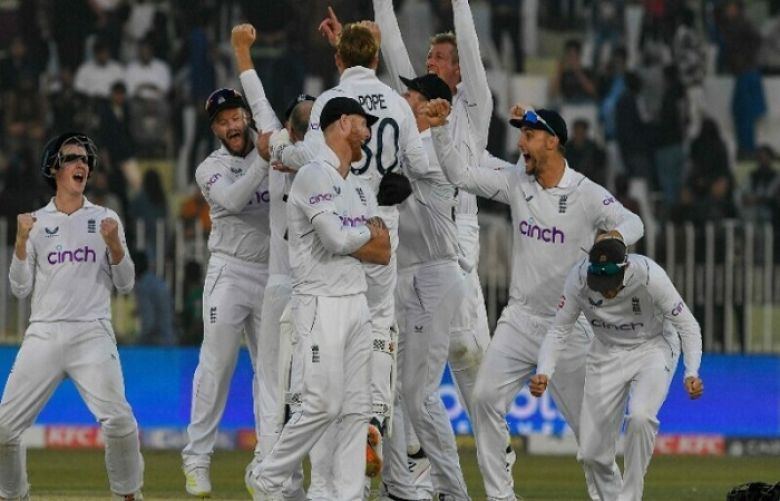 England bowled out Pakistan for 268 runs in Rawalpindi Monday to win the first Test by 74 runs.

Pakistan began the fifth and final day on 80-2 after being set a target of 343 for victory, but Ollie Robinson and James Anderson took four wickets apiece to dash the home team's hopes.

England scored a record 657 in their first innings before dismissing Pakistan for 579.

The mammoth scoring prompted severe criticism of the Rawalpindi pitch, but the Test sprang to life after England batted briskly in their second innings before declaring at 264-7 on Sunday to set up an intriguing final day.

Resuming at 80-2, Pakistan added just 13 in the first 65 minutes with Rizwan not scoring off the first 23 balls he faced.

He changed gear, however, hitting five boundaries and two sixes to begin the chase proper in an unbroken 80-run fourth wicket stand with Shakeel.

Shakeel cracked Leach for two boundaries to complete his half-century off 104 balls.

England are on their first Test tour of Pakistan since 2005, having declined to visit in the interim years on security grounds.