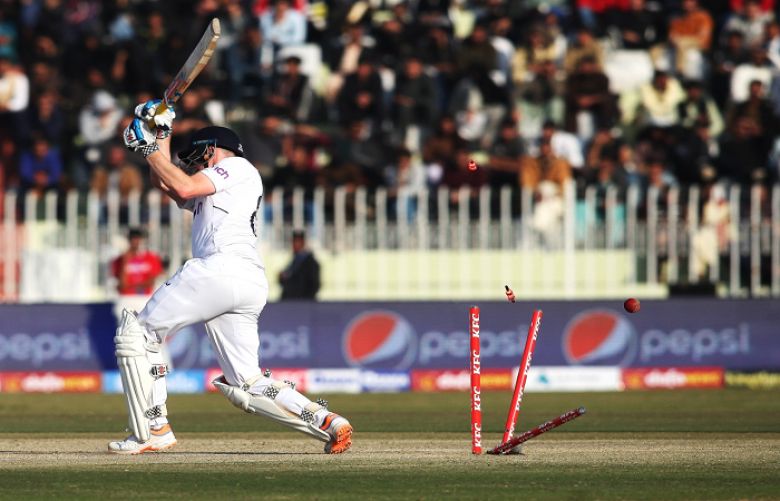 Brisk fifties by Harry Brook, Joe Root and Zak Crawley helped England race to a lead of more than 300 runs on the fourth day of the ongoing first Test against Pakistan in Rawalpindi.

At the tea break, England declared their second innings at 264-7 and set Pakistan a target of 343 runs.

Brook smacked Pakistan bowlers to all parts of the ground and scored 87 runs in 65 balls.

Root, one of the best batters in the world, scored 73 runs in 69 balls.

Opener Zak Crawley scored 50 runs in 48 balls and set the tone for the second innings.

Opener Ben Duckett — one of four century makers in England´s mammoth 657-run first innings — was caught at slip off the second ball of pacer Naseem Shah for a golden duck.