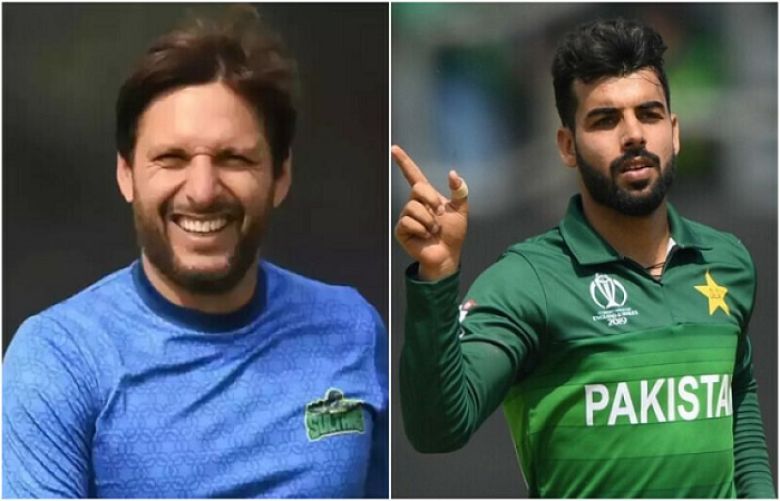 Pakistan may have lost the final but all-rounder Shadab Khan became the highest wicket-taking bowler for Men in Green in the T20 format of the game with 98 wickets to his credit.

With this record, Shadab leaves behind Shahid Afridi by just a wicket after dismissing England's Harry Brook in Sunday's T20 World Cup final match against the team in Melbourne.

After getting a crucial wicket in the finale of the mega tournament, Khan is being lauded as as elite bowler for the team.

He equaled Afridi's 97 wickets and became the joint-highest wicket taker during the Green Shirts' clash with Bangladesh at the Adelaide Oval.

The 24-year-old got his 97th wicket after playing 82 matches. Today's match was his 84th. Afridi, on the other hand, surpassed Umar Gul's record of 85 wickets in 98 appearances for the format.

Gul stands third on the list and is followed by Saeed Ajmal who has also taken 85 wickets during his T20 career. Haris Rauf, meanwhile, takes the fifth positions with 70 scalps.