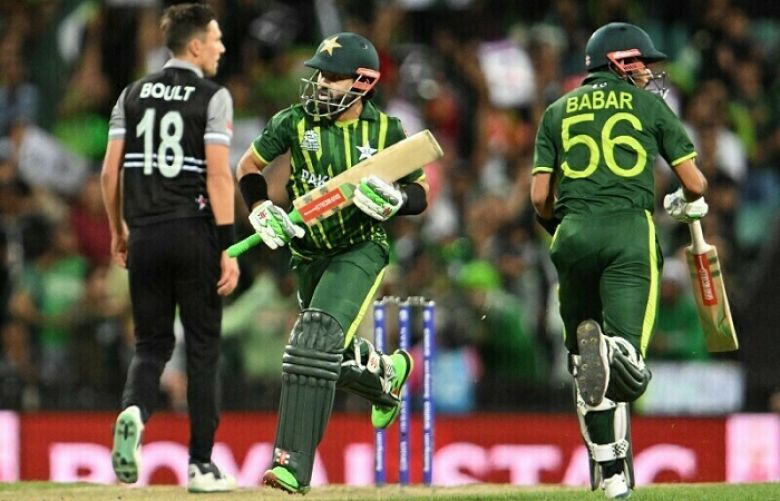 As Babar Azam and Co sneaked into the T20 World Cup semi-final, Pakistan fans started likening the team’s run Imran Khan and his team had during the 1992 World Cup.

And it seems the dream is alive as Pakistan thrashed New Zealand to secure a place in the final just like they did during the 1992 World Cup’s semi-final. The win means Pakistan will be playing their third T20 World Cup final since the tournament started in 2007.

The Black Caps had set a 153-run target for Pakistan which the Men in Green chased down with ease.

Before this game, everyone had questions about the opening pair of the team and it seems the 105-run partnership between skipper Babar Azam and wicket-keeper-batter Mohammad Rizwan should end the debate.

Pakistan were off to a flying start when they confined New Zealand at 49/3 at the end of the eight overs.

But a 68-run partnership between Kane Williamson and Mitchell brought New Zealand back into the game.

The partnership was looking threatening for Pakistan and had it continued New Zealand may have needed a higher total. However, Shaheen dismissed Williamson in the 17th over to stop New Zealand’s charge.

However, Mitchell along with James Neesham helped the Black Caps end the innings at 152/4.

For New Zealand, Mitchell was the highest scorer and remained unbeaten for 53.