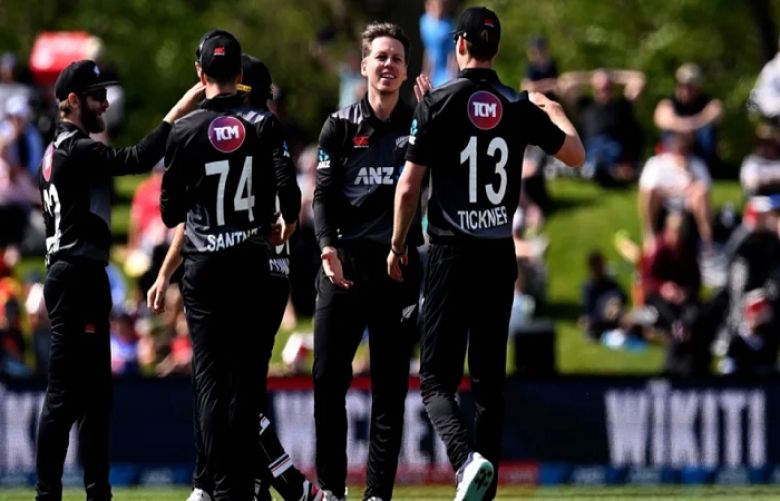 On a subcontinental-style pitch in Christchurch, New Zealand's spin quartet, led by offspinner Michael Bracewell, pinned down Pakistan to a below-par 130 for 7 and set up the hosts' second successive victory in the tri-series.

That Pakistan couldn't score a single six in their innings summed up the dominance of New Zealand's spinners. It was the first completed T20I innings in New Zealand without a single six in 77 games. Finn Allen, who was picked ahead of Martin Guptill once again, alone hit six sixes during his 42-ball 62 as New Zealand coasted home with plenty to spare.

Bracewell, who is more of a batting allrounder for Wellington Firebirds, followed up his 2 for 14 against Bangladesh with an even miserly 2 for 11 on Tuesday. Left-arm fingerspinner Mitchell Santner marked his return from paternity break with 2 for 27 while legspinner Ish Sodhi took 1 for 23. Glenn Phillips also pitched in with an over of part-time offspin as Kane Williamson rifled through his spin options. Thirteen overs were bowled by spinners - the most by New Zealand in a T20I innings - on a day when Trent Boult was rested and Lockie Ferguson and Adam Milne were nursing abdominal injuries.