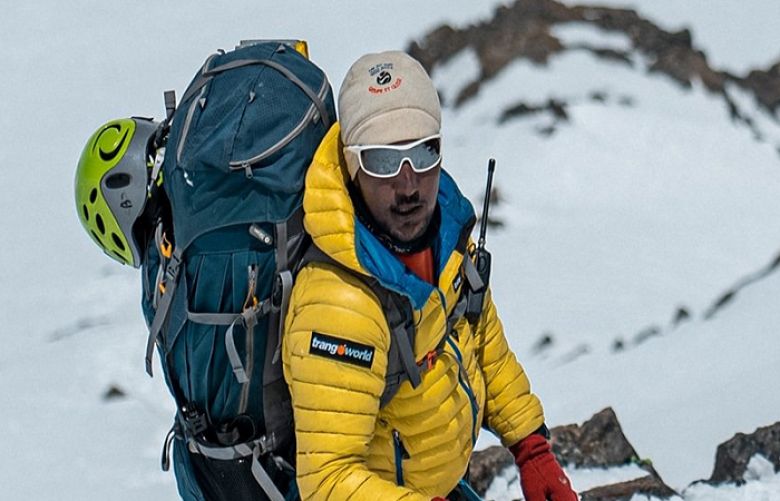 Sadpara’s team confirmed that he reached atop Manaslu before a huge avalanche had the climber stuck around C4 in the afternoon.

Manaslu’s 'true summit' became the centre of attention when last year renowned Nepali climber Mingma G claimed that all previous summits done at the peak were not the actual summit and there's still distance left from the actual top of the mountain.

Sajid, son of late high-altitude mountaineer Ali Sadpara, was among the climbers who were aiming to complete the true summit this season.

His team confirmed that Sajid successfully summited Mt Manaslu 8163m on Monday afternoon without the use of supplemental oxygen.