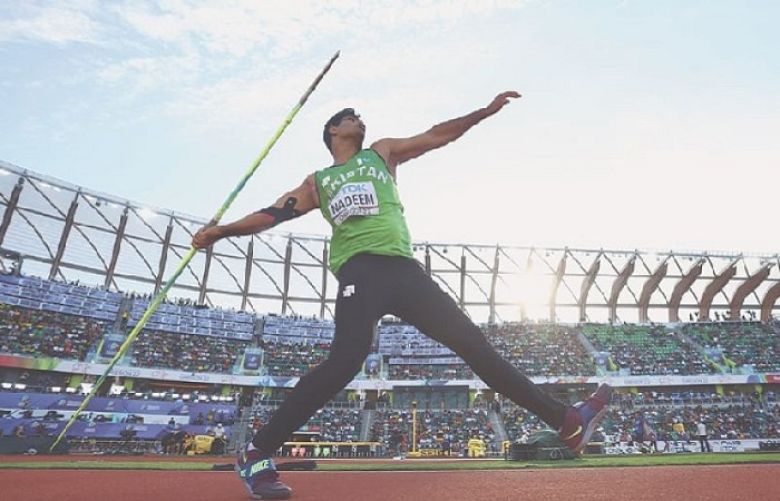 Pakistani Olympian Arshad Nadeem secured fifth place in the men's javelin throw final at the World Athletics Championships in Oregon, United States. It was his best throw of the season.

The athlete had secured his spot in the final on Friday by throwing at a distance of 81.71 metres during his group B qualifying round to finish ninth overall.

In the final, Nadeem threw at a distance of 86.16 metres, his season best, despite not being fully fit.

Meanwhile, India's Neeraj Chopra got the silver medal with throw of 88.13m.

Neeraj, meanwhile, played three events only in June this year.

The 25-year-old Pakistani javelin thrower rose to prominence last year when he qualified for the final of the Tokyo Olympics, becoming the first Pakistani athlete to compete in the final of any track and field event in Olympic history.