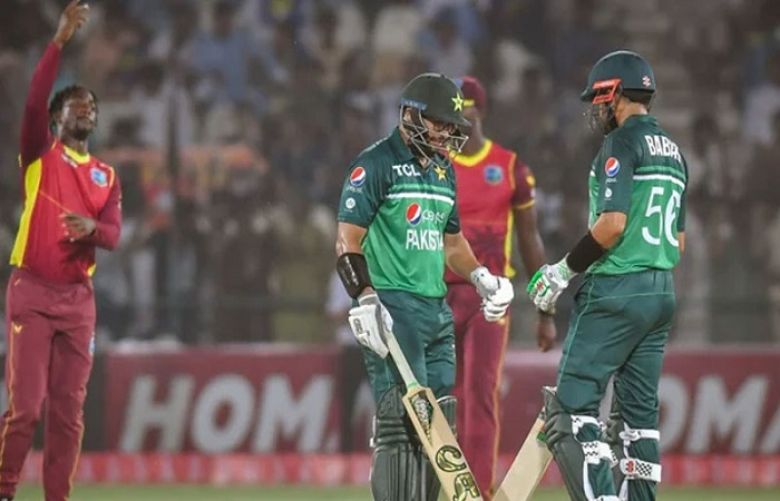 Skipper Babar Azam and opener Imam-ul-Haq smashed half-centuries to take Pakistan to 275-8 against some disciplined West Indies bowling in the second day-night international in Multan on Friday.

Pakistan, who won the toss and batted in the sweltering conditions in Multan, were cruising along nicely at 187-2 with Azam set for their fourth hundred in as many ODIs when spinner Akeal Hosein dismissed Pakistan skipper in the 36th over.

Azam, who became the first batter in ODI cricket to score three hundred in as many matches on two occasions on Wednesday, gave a return catch to Hosein.

Azam, who hit five boundaries and a six, failed to equal Sri Lanka´s Kumar Sangakkara´s record of four hundred in as many ODIs scored in the 2015 World Cup in Australia and New Zealand.

He had set the tempo with a 120-run second-wicket stand with Haq — their fourth successive 100-plus stand — before Haq was run out, without watching his static partner while going for a single.

With Azam´s wicket, West Indies grabbed five wickets in the space of 23 balls for 20 runs to derail Pakistan, with Hosein (3-52) and Alzarri Joseph (2-33) sharing the spoils.

Pakistan leads the three-match series 1-0 after winning the first match — also in Multan — by five wickets on Wednesday.