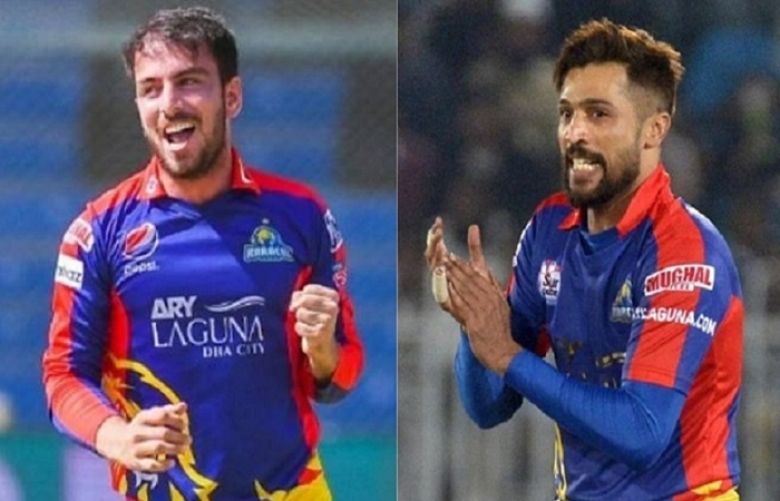 Karachi Kings' pace duo Mohammad Amir and Mohammad Ilyas have been ruled out of the remainder of the Pakistan Super League (PSL) 2022 due to injuries, a statement from the franchise said on Friday.

According to the Kings, Amir aggravated his back injury during the rehabilitation process and "shall also no longer be available to participate in the remainder of the HBL PSL 7".

"Amir has always been a King and the team wishes him the best in recovering to full fitness as he returns to his family soon."

Meanwhile, another fast bowler Ilyas, who had suffered a shoulder injury while fielding, has been advised a six-week rest after MRIs confirmed the deterioration in his injury, the team management said.

According to the statement, Ilyas came back after receiving treatment to bowl two overs in the last match against Lahore Qalandars on Jan 30, "but MRIs have confirmed the worst and he has been advised rest for the next six weeks or so".

The pacer will leave for his home, Peshawar, on Saturday.

The franchise appreciated the bowler for his "service and selflessness that embodies the spirit of family and effort this team stands for and wishes Ilyas a speedy recovery back to his fighting best".

Subsequently, the Kings requested the PSL technical committee to pick Usman Shinwari as a replacement player from the league's reserve pool. Their request was granted and now the left-arm pacer, who has played for the Kings before, is available for selection.