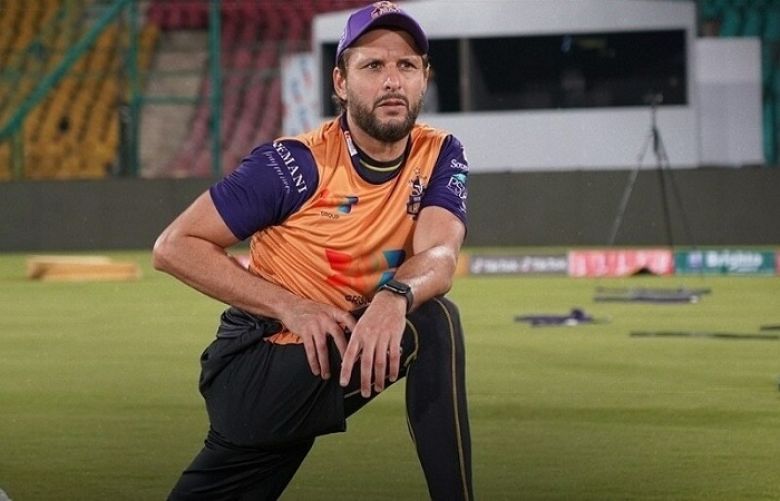 The star player will now play for the Gladiators in their match against Islamabad United on February 3.

Meanwhile, English cricketers Jason Roy and James Vince will be joining the Gladiators in early hours of Wednesday.

The team manager further added that Noor Ahmad will be joining the squad after Afghanistan’s ICC U19 World Cup campaign.

It is pertinent to mention here that a few days ago, Afridi had tested positive for COVID-19, after which he had to isolate himself following the Pakistan Cricket Board's (PCB) COVID-19 protocols.

Afridi is representing Quetta Gladiators in what will be his farewell Pakistan Super League (PSL).

Quetta Gladiators is Afridi’s fourth team in the PSL after the former Pakistan captain played for Peshawar Zalmi (2016 and 2017), Karachi Kings (2018) and Multan Sultan (2019-21). The flamboyant batter got injured and as a result, had to pull out of the last season without finishing it.