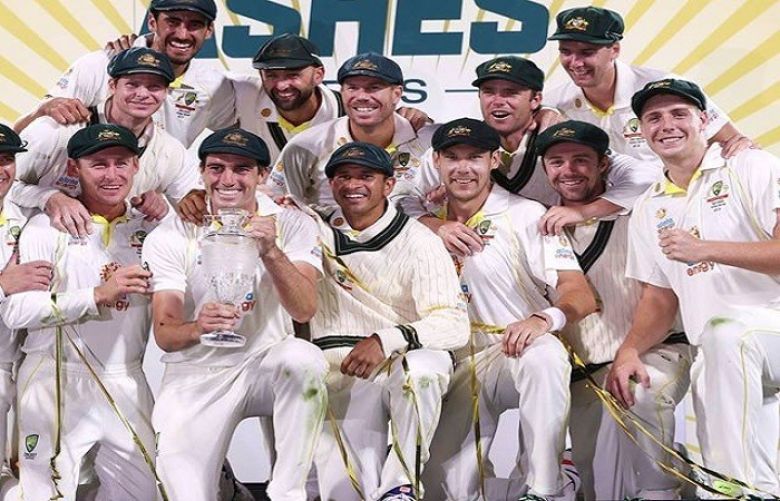 Pat Cummins' leadership qualities were on full display even after his side sealed a 4-0 Ashes series win on Sunday as he ensured Usman Khawaja, the first Muslim cricketer to play for Australia, was not showered by champagne amid the celebrations.

As his euphoric teammates started popping champagne bottles on the stage at Hobart's Bellerive Oval, Khawaja stepped aside to avoid being sprayed with alcohol in keeping with his religious beliefs.

Cummins quickly noticed and asked his teammates to put aside the bottles and gestured for Khawaja to rejoin them on the dais.

Khawaja, who played the last two matches of the five-test series, returned to the stage and kneeled beside Cummins as the victorious side let out a roar posing for the cameras.

If this video doesn't show you that the boys have my back, I don't know what will. They stopped their normal champagne celebrations so I could rejoin. Inclusivity in the game and our values as a sport are so important. I feel like we are trending in the right direction ???? https://t.co/LrthzP9v2N

“Usman is obviously Muslim, so he doesn't like the champagne being thrown,” Cummins, who also finished as the highest wicket-taker in the series victory over England, told reporters.