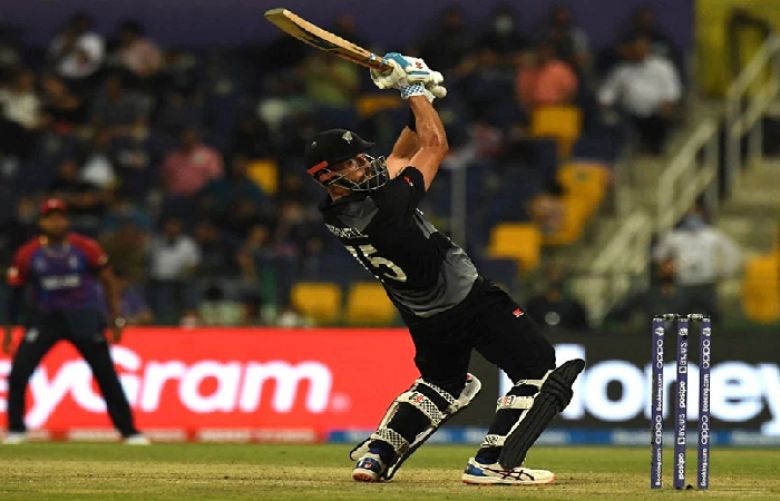 New Zealand reached the Twenty20 World Cup final with a five-wicket victory over England in the first semi-final in Abu Dhabi on Wednesday.

Daryl Mitchell smashed an unbeaten 72 and Jimmy Neesham provided the late assault as New Zealand chased down their 167-run victory target with one over to spare.

Earlier, Moeen Ali struck 51 not out and Dawid Malan made 41 to help former champions England post 166-4 at the Zayed Cricket Stadium.

Put into bat, England were 67-2 at the halfway stage of their innings and reached the 100-mark in 14 overs, kept in check by New Zealand's tight bowling and sharp fielding.

Pakistan face Australia in the second semi-final on Thursday.