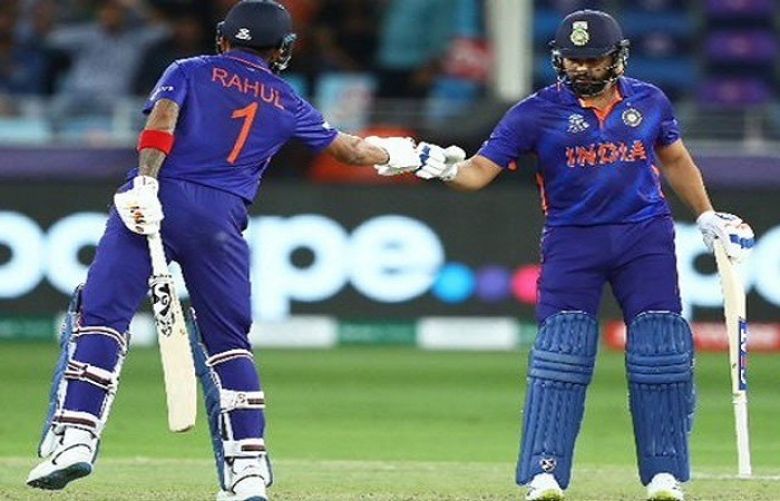 India hammered Namibia by nine wickets to give Virat Kohli a winning farewell in his last match as Twenty20 captain and finish their disappointing World Cup campaign on a high Monday.

India, who bowed out of the tournament on Sunday, rode on a 87-run opening stand between Rohit Sharma, who hit 56, and KL Rahul, who made an unbeaten 54, to reach their target of 133 in 15.2 overs in Dubai.

India, the 2007 champions, finished the tournament with three wins from five Super 12 matches but missed out on the semi-finals.

Namibia signed off with a single win in their first appearance in the Super 12 stage of the T20 World Cup.

Indian spinners Ravindra Jadeja and Ravichandran Ashwin took three wickets each to set up the victory after they kept Namibia to 132 for eight.

David Wiese scored 26 off 25 balls and lifted Namibia from a precarious 94-7 to a respectable total, but it was not enough to challenge a powerful Indian batting line-up which came good towards the business end of the tournament.

Rohit, who remains the frontrunner to take over the T20 duties from Kohli, hit his second half-century of the competition.

Rohit finally fell to Jan Frylinck's left-arm medium pace but only after he smashed seven fours and two sixes in his 37-ball knock.

Rahul kept up the pace to make his third consecutive fifty and struck the winning boundary.

India had only managed to post 151 and 110 in their opening two losses against Pakistan and New Zealand that dented their chances of making the semi-finals.

New Zealand beat Afghanistan on Sunday to eliminate India from the competition and join Pakistan as the teams into the final four from Group 2.

Jadeja struck three times with his left-arm spin and off-spinner Ashwin also rattled the Namibian middle and lower order with figures of 3-20.

Wiese put on 23 for the eighth wicket with Frylinck, who made an unbeaten 15, to add useful runs in the final few overs.

Number 10 Ruben Trumpelmann made 13 from six balls, including a six and a four in the 20th over from Mohammed Shami, but Namibia's total was not enough.