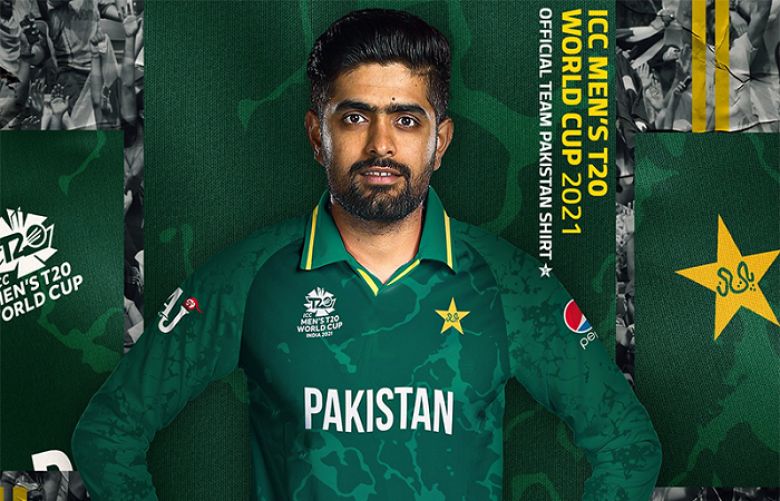 The Pakistan Cricket Board (PCB) on Friday revealed the official kit for the upcoming ICC Men's T20 World Cup.

The kit features a traditional green and yellow scheme.

THE BIG REVEAL IS HERE!

A day earlier, the Board of Control for Cricket in India (BCCI) unveiled its national team's kit for the ICC Men’s T20 World Cup, slated to begin from October 17.

The new kit is called the ‘Billion Cheers Jersey’ which replaces the 1992 World Cup pattern-like jersey the team had been wearing since late 2020.