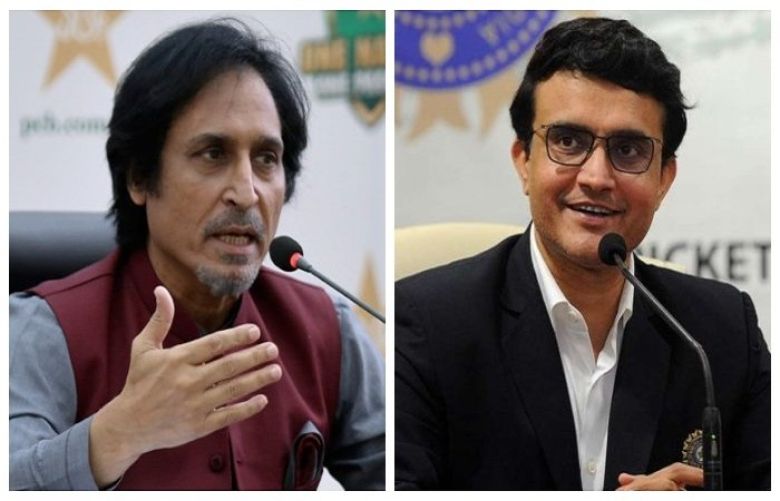 Pakistan Cricket Board (PCB) Chairman Ramiz Raja held an informal meeting Friday with his Board of Control for Cricket in India (BCCI) counterpart Saurav Ganguly.

The meeting between the two cricket board heads took place at the sidelines of the Asian Cricket Council (ACC) meeting, said sources, adding that the two discussed several matters including promoting Asian cricket, among other issues.

Sources said Ganguly invited Raja to attend the Indian Premier League (IPL) final. However, Raja did not attend the match.

Ramiz Raja is scheduled to return to Pakistan today after his ACC meeting. During the ACC meeting, Raja met representatives of Bangladesh, Sri Lanka and Emirates cricket boards.

The tournament, which was supposed to be held in Sri Lanka, has been postponed twice due to the coronavirus. Pakistan was next in line to host the Asia Cup after Sri Lanka.

At the meeting, the ACC confirmed that Pakistan will host the Asia Cup 2023 after Sri Lanka hosts the 2022 edition of the tournament.

The meeting between Ganguly and Ramiz Raja takes place less than 10 days before Asian rivals India and Pakistan battle it out in their opening match of the T20 cricket World Cup.

Speaking during a virtual press conference a few days ago, Pakistan skipper Babar Azam had said Pakistan would beat India and carry on the momentum throughout the tournament to win the World Cup.

"There is pressure [on the team] during mega-events, but there is added pressure during matches against India," the skipper told reporters during the press conference.

The skipper had said Pakistan had practised for the World Cup with complete focus and that the team would go into the tournament prepared.