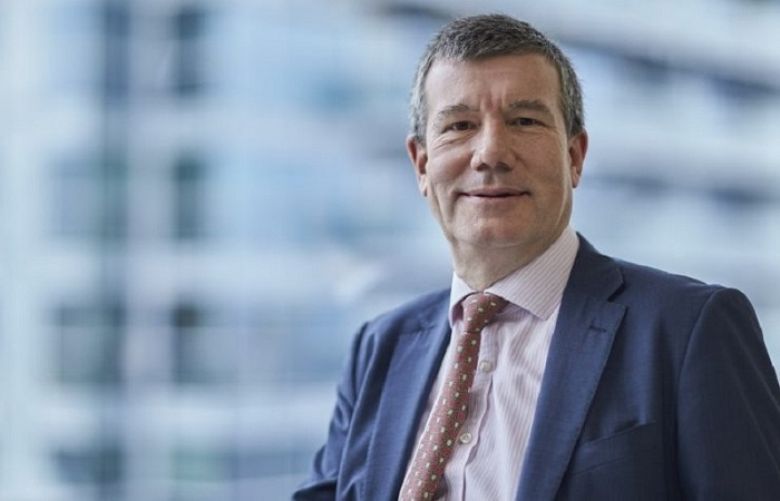 England and Wales Cricket Board Chairman Ian Watmore has resigned after increasing pressure since the cancellation of England's tour to Pakistan, The Times reported.

Watmore served as the chairman of the England and Wales Cricket Board for only 10 months, despite having been appointed for a five-year term.

The 63-year-old is leaving after consultations with the board of directors this week and his resignation will go into effect immediately, the British publication said.

According to ECB, Watmore, following the announcement, remarked: "It is with regret that I step down as Chair of the ECB, but I do so in mindfulness of my own wellbeing and that of the game which I love. I was appointed to the post in a pre-pandemic era, but COVID has meant the role and its demands on time are dramatically different to all our original expectations, which has taken a personal toll on me. Given this, the Board and I feel the ECB will be better served by a new Chair to take it forward post pandemic. Leaving now, at the end of the season, gives the Board time to find a new Chair to support cricket through the challenges of the 2022 season and beyond.

“On a personal level, I also retired last month after five years at the Civil Service Commission and recently became a grandfather. I would now like to retire completely from work and enjoy our great game as a spectator."

Following England's cancellation, which came on the heels of New Zealand pulling out of Pakistan at the eleventh hour of their own tour over what they said were "security" concerns, Watmore apologised to Pakistanis hurt by the move.

In Watmore's first public comments after England's decision invited anger from the Pakistan Cricket Board and cricket fans around the globe, he said: "I'm very sorry to anyone who feels hurt or let down by our decision, particularly in Pakistan."

"The decision the board made was an extremely difficult one and the board made it with the primary consideration being the welfare and mental health of our players and staff," he added.

While announcing the decision to cancel the tour to Pakistan, ECB said "we understand that this decision will be a significant disappointment to the PCB", who have worked tirelessly to host the return of international cricket in their country.

The ECB said the "mental and physical well-being" of its players and support staff remains their highest priority, and this was even more critical given the times "we are currently living in".

The ECB said it had a "longstanding commitment" to tour Pakistan as part of the Men's Future Tours Programme in 2022, as it had agreed to play two additional T20 World Cup warm-up games in October, adding a short women's tour with double headers alongside the men's games.

"The ECB Board convened this weekend to discuss these extra England Women's and Men's games in Pakistan and we can confirm that the Board has reluctantly decided to withdraw both teams from the October trip," the board said in a statement.

"We know there are increasing concerns about travelling to the region and believe that going ahead will add further pressure to a playing group who have already coped with a long period of operating in restricted COVID environments," the statement added.

The ECB said there was an "added complexity" for its men's T20 squad, as it believes that touring under "these conditions" would not be ideal preparation for the ICC Men's T20 World Cup, where performing well remains a top priority for 2021.

The ECB acknowledged PCB's support over the last two summers, which it termed had been "a huge demonstration of friendship".

"We are sincerely sorry for the impact this will have on cricket in Pakistan and emphasise an ongoing commitment to our main touring plans there for 2022," it added.

Regarding the impact of New Zealand's pullout on Pakistan's economy, Minister for Information Fawad Chaudhry said: "PTV alone has suffered losses worth Rs220 million and we are now seeking our lawyers' guidance on how to drag [New Zealand] to court."

When the English team cancelled its tour of Pakistan, the UK government immediately distanced itself from the decision and declared it an independent decision of the ECB.

British High Commissioner in Pakistan Christian Turner said that his government was not opposed to the visit. The UK authorities were also not pleased with the ECB over the move and reportedly expressed disappointment with the board.

The ministers were of the view that the cancellation has soured ties with Pakistan.

Earlier today, Pakistan Cricket (PCB) Board Chairman Ramiz Raja said that New Zealand Cricket has contacted the Pakistan Cricket Board regarding the rescheduling of the home series against Pakistan and "good news will be announced within a week".