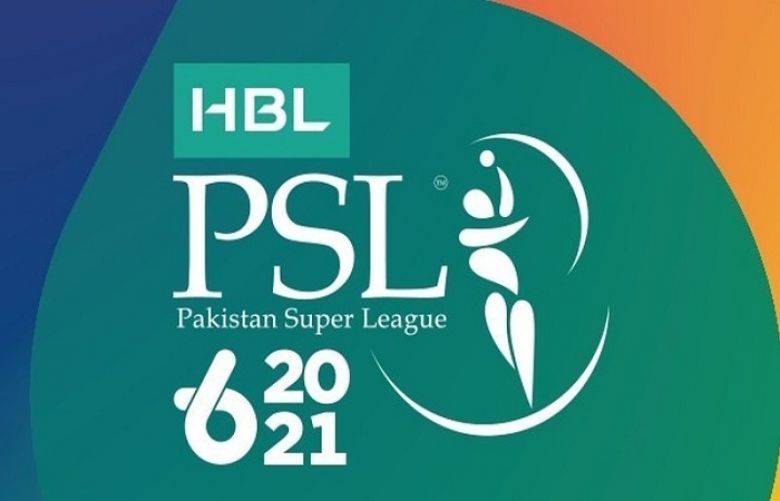 The remaining matches of the HBL PSL 6 will be held from June 1, said the Pakistan Cricket Board (PCB) on Sunday.

The PCB announced that the tournament will resume after the players and officials undergo a seven-day quarantine stay at one hotel and following three training sessions, the PSL will resume from June 1.

"HBL PSL 6 matches will resume on 1 June with the final scheduled for 20 June," read the PCB's press release.

To ensure all those who will be part of the bio-secure bubble remain safe from the infection this time, the PCB said it it in the final stages of appointing "a globally-recognised safety management company that specialises in providing Covid-safe technology solutions, bio-secure monitoring & management, as well as response and reaction to positive tests".

Earlier, a two-member fact-finding committee had been set up by the PCB chairman, which gave its presentation to the Board of Governors (BoG) and had reviewed the bio-security protocols, bylaws and arrangements for the HBL Pakistan Super League 6.

The PCB chairman had also asked the panel to make recommendations on how to better ensure implementation of a bio-secure environment for future events.

The BoG expressed their disappointment at the findings of the panel and recommended that remedial actions be taken at once to rectify them.

Schedule
The PCB revealed the schedule of the remaining matches of the PSL from which will be played from June 1.

Here is the schedule:

The BoG approved the launch of the PCB Hall of Fame. Among the first six inductees into the Hall of Fame are Imran Khan, Wasim Akram, Waqar Younis, Hanif Mohammad, Zaheer Abbas and Javed Miandad.

" There will be three more inductions each year from 2021 with the inductees to be chosen by an independent panel and announced on 16 October, day one of Pakistan’s inaugural Test in 1952," read the PCB's press release.

"Players retired from international cricket for, at least, five years will be eligible for induction into the PCB Hall of Fame."

The sixth edition of the Pakistan Super League was postponed last month due to rising COVID-19 cases among the players and officials involved in the tournament.

“Following a meeting with the team owners and considering the health and wellbeing of all participants is paramount, the Pakistan Cricket Board has decided to postpone the Pakistan Super League 6 with immediate effect," read a statement from the PCB.

It said that the decision was made after seven cases were reported in the competition, which had started on 20 February.

PCB CEO Wasim Khan had said, during a news conference, that they had to put the PSL on hold as the cricket body had not “effectively” able to enforce the standard operating procedures required for a bio secure bubble.

Wasim had assured fans that the PCB would look for “other windows” to hold the remaining matches of the PSL 6 at a later date.

“What’s taking place right now is that we are carefully and slowly exiting players from our environment so that we can safely get them out and they can start to travel wherever they need to travel,” Wasim had explained.

“Its firmly our belief that we will find a window and finish those [remaining] matches,” the PCB CEO had said.