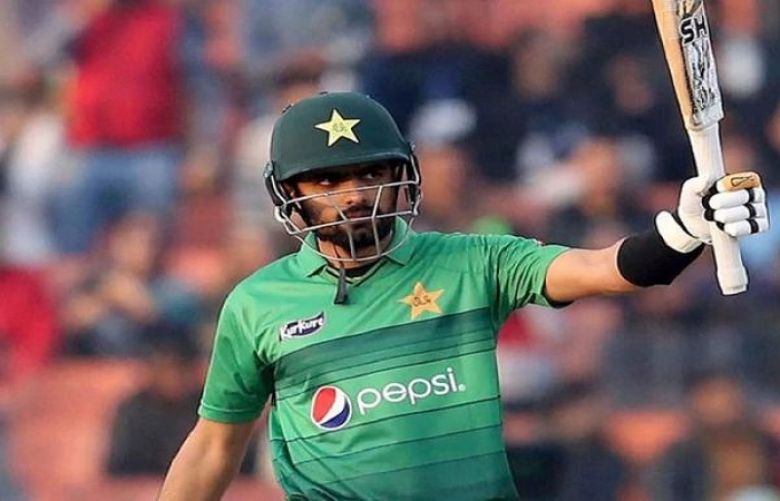 Babar Azam has been receiving praise from a lot of quarters during Pakistan's recent ODI tour to South Africa. Not only did the team win the ODI series but skipper Babar Azam led from the front, playing impressive innings in two out of the three matches.

Singer and actor Ali Zafar took to social media to congratulate the Pakistani skipper for becoming the number 1 batsman in the world.

As per a tweet on Thursday by cricket statistician and journalist Mazher Arshad, Azam needed 70 or more runs in the final ODI against South Africa to dethrone Kohli from the top spot.

Congratulations @babarazam258 for becoming the #1 ODI batsman in the world ! ? ??? pic.twitter.com/m1YPB4Zjvx

In the third ODI, the Pakistan captain did what was required to not just dethrone Kohli but also help his team hand a formidable total to South Africa.

In the match, Babar missed out on a ton as his inning helped Pakistan propel to 320-7 in their allotted 50 overs.

Babar was just six runs short of scoring his 14th ODI century and lost his wicket at the last ball. He had scored 94 from 62 balls, hammering three sixes and seven fours.

However, the ICC, cricket's global governing body, is yet to release the new rankings of ODI players. It is expected that Babar will have a lead of one point over Kohli in the latest rankings.