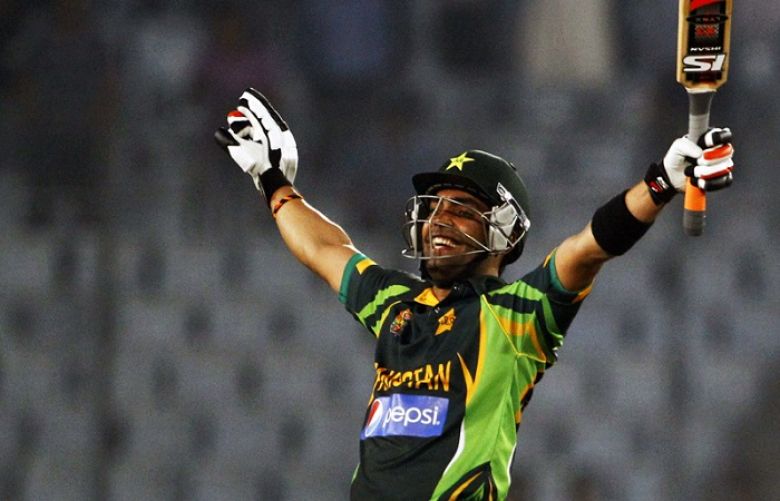 The Court of Arbitration for Sports (CAS) on Friday reduced Umar Akmal's ban to 12 months, which he has been serving since his suspension on February 20 last year.

A press release by the Pakistan Cricket Board (PCB) said that Akmal had been found guilty of violating Article 2.4.4 of the PCB Ant--Corruption Code and a fine of Rs4.25 million had been imposed on him.

The right-handed batsman — who was suspended on February 20, 2020 — "will now be eligible to reintegrate into competitive cricket subject to deposits of fine of PKR4,250,000 and undergoing the program of rehabilitation under the PCB Anti-Corruption Code", said the PCB.

The CAS has also turned down Akmal's request to obtain his two mobile phones back which are being held by the PCB for different investigations, adding that as per the PCB's Anti-Corruption Code, the body has the right to do so.

On 27 April 2020, the Chairman Disciplinary Panel had found Umar Akmal guilty on two charges of separate breaches of Article 2.4.4 of the PCB Anti-Corruption Code in two unrelated incidents and handed a three-year suspension with the periods of ineligibility to run concurrently.

After Akmal appealed against the decision on July 29, 2020, the Independent Adjudicator modified the sentence and reduced the ineligibility period to 18 months.

The PCB and Akmal had both approached the CAS against this decision, with the latter claiming he was not guilty of the charges while the PCB's appeal "had been filed focusing on a point of law in regard with cumulative operation of the sanctions for the two charges upheld by the Independent Adjudicator".

The PCB reminded all cricketers to promptly report incidences of match-fixing and spot-fixing when they take place to help "the anti-corruption unit effort to eliminate the anathema of fixing".

In April 2020, the PCB had banned Akmal for three years after finding him guilty of breaching Article 2.4.4 of the PCB's Anti-Corruption Code.

“I was once offered $200,000 for leaving two deliveries. I was also offered to skip matches against India,” he had said in the interview.

The batsman had also said that he was approached by fixers during the ICC World Cup, including the 2015 edition played in Australia and New Zealand.

However, Akmal had failed to mention if he had reported this to the anti-corruption unit or not.

According to the ICC's Anti-Corruption Code 2.4.4 and 2.4.5, players are bound to report all the corrupt approaches made to them during any event and failure of doing so carry a minimum punishment of five years.

Akmal was suspended from the Pakistan Super League (PSL) on Feb 2, 202 and charged with two separate violations of the PCB's code of conduct.