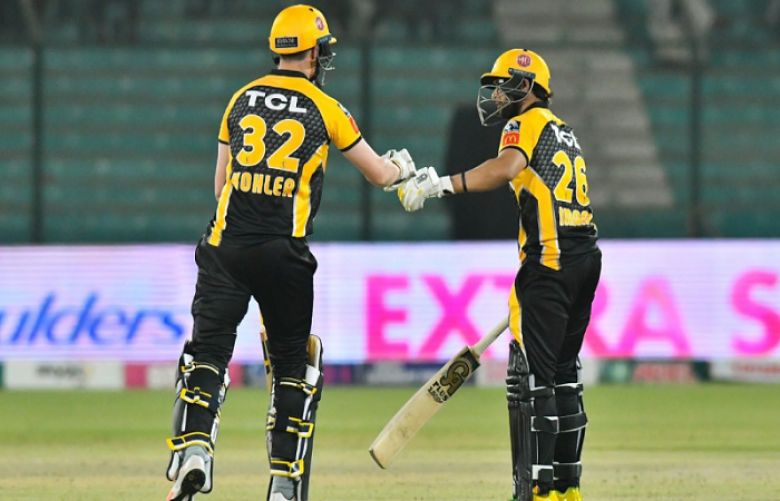 Haider Ali and Shoaib Malik saved the day for Peshawar Zalmi as they beat Multan Sultans by six wickets in their Pakistan Super League (PSL) 6 fixture at the National Stadium in Karachi on Tuesday.

Zalmi, who were chasing a 194-run target set by the Sultans — the highest so far in the tournament this year, finished the game with six balls to spare after Ali and Malik scored 24 runs in the 19th over.

Earlier, Zalmi won the toss and chose to field first.

Mohammad Rizwan and Chris Lynn opened the innings for the Multan franchise but Lynn got caught out by Haider Ali off Mohammad Irfan's ball in only the second over. Vince, who replaced Lynn at the pitch, hit a couple of fours, trying to drive up the score after a slow start.

Just as the Rizwan-Vince partnership started to look dangerous for Zalmi, Rizwan got out at 41, caught by Imamul Haq off Mohammad Imran's ball at the start of the 11th over.

The Multan captain had made 71 runs in the last match.

Vince consolidated his position on the pitch, scoring a half-century off 39 balls — his third fifty in PSL. Despite brilliant batting, Vince was unable to reach a century, caught out at 84 in the 19th over.

Maqsood lost his wicket in the 17th over, caught out by Mohammad Kamran off Saqib Mahmood.

Both teams entered the contest having lost their previous matches.

The Sultans made two changes to their lineup with Usman Qadir coming in for Sohaibullah and Shahnawaz Dhani making his debut.