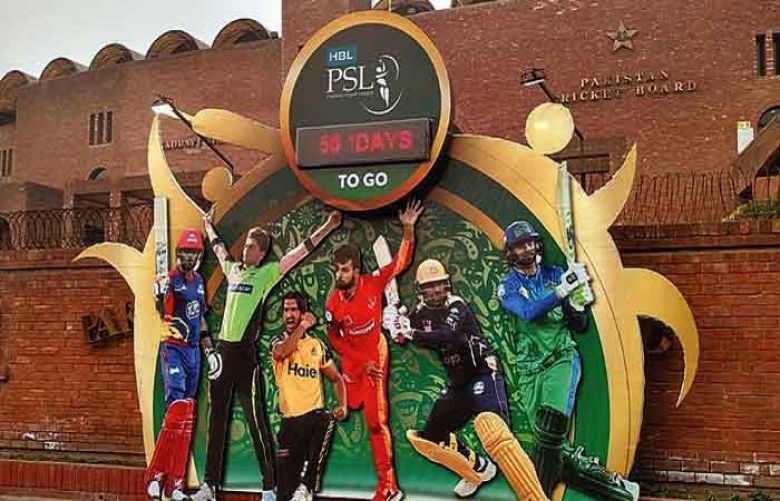 The Pakistan Cricket Board (PCB) has signed an agreement with an e-ticketing platform for the sale of tickets of the Pakistan Super League’s sixth edition (PSL 2021) which commences at the National Stadium in Karachi from February 20, according to a statement issued Tuesday.

The National Command and Control Centre had last week permitted the PCB to allow a limited number of spectators in the stadiums during PSL with strict COVID-19 SOPs, including social distancing.

“With a socially distant seating plan cricket fans can now be a part of the game again as both HBL PSL 6 venues Karachi and Lahore will have 20% of the total seating capacity of the stadiums available for the spectators," the cricket board said in the statement.

As announced by the PCB last week, around 7,500 ticketed spectators will be allowed access inside the stadium per match day, while around 5,500 will be able to attend each match day at Lahore’s Gaddafi Stadium.

The PCB added that further details about the pricing and availability of tickets will be shared soon.

PCB Director Commercial Babar Hamid said: “We are very happy to bring the fans back to the stadiums, despite the small number, we totally look forward to welcoming them at the two venues as they will create an incredible atmosphere which will surely motivate the players to give their absolute best.”

The fans, Hamid said, will be provided with the best possible arrangements amid the prevailing COVID-19 related challenges and they should turn up at the venues with full confidence while practising social distancing protocols.