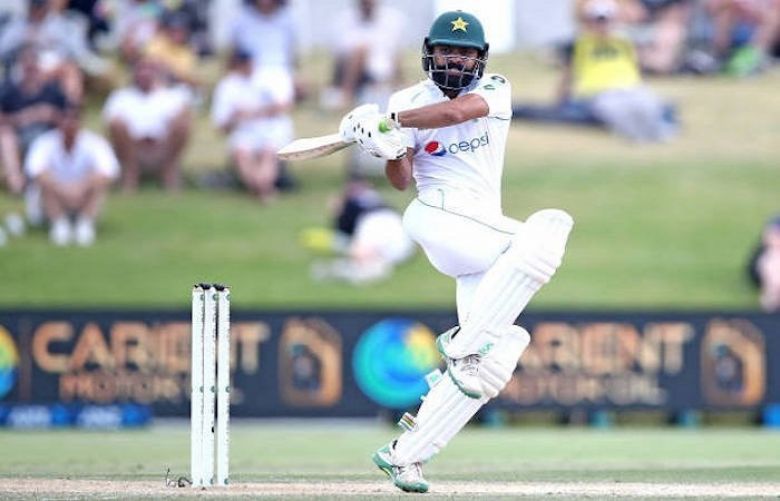 Middle-order batsman Fawad Alam scored a fighting century on Wednesday — first on home soil — on the second day of the opening Test against South Africa in Karachi.

This is Fawad's third Test century which he scored in the 14th innings of his career.

Alam was holding fort on 63 as Pakistan reached 178 for six at tea, trailing South Africa's first innings total by 42 runs.

Playing his first Test at home, Alam was rock-solid as he added 94 with former skipper Azhar Ali for the fifth wicket, leaving South Africa without a scalp in the first session.

The other batsman at the crease was Faheem Ashraf, who was yet to score.

South Africa's pace and spin attack toiled hard after the hosts resumed on a precarious 33 for four.

Pakistan added 71 in the first session before spinner Keshav Maharaj broke through by dismissing Azhar, caught behind by Quinton de Kock.

Wicketkeeper Mohammad Rizwan and Alam added another 55 for the sixth wicket before the former was caught at slip off paceman Lungi Ngidi.

It was a hard going for South Africa in the first session.