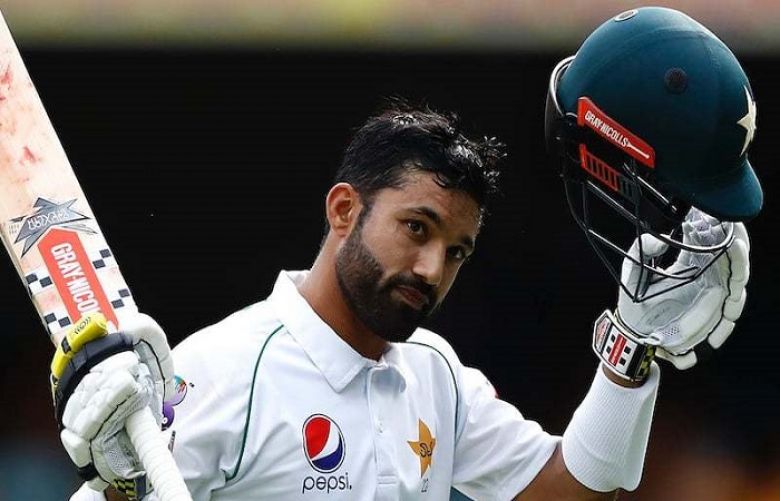 Skipper Mohammad Rizwan has pledged that Pakistan will not get cowed down during their two-match Test series against New Zealand, while expressing optimism that the expected green-top wouldn’t put the tourists in a state of anxiety despite the forced absence of batting ace Babar Azam who is nursing an injured thumb.

The doughty wicketkeeper-batsman, who will become the country’s 33rd Test captain — and the sixth designated wicket-keeper after Imtiaz Ahmed, Wasim Bari, Rashid Latif, Moin Khan and Sarfaraz Ahmed to do the honour for Pakistan — when he leads out the side in the first Test at the Bay Oval in Mount Maunganui on Saturday, told reporters during a virtual media conference on Thursday that he relishes challenges coming his way by leading from the front.

“There’s nothing better than being competitive in any sport we all play and our four-hour practice session at the Bay Oval today [Thursday] Alhamdulillah went very well and the players trained with spirit and intensity required for the Test match,” Rizwan said. “The Test team was joined by members of Pakistan Shaheens side, which was a blessing in disguise and all of us went through the drills [of batting, bowling and fielding]. The players have gelled very quickly, which is good for the team harmony and the overall camaraderie.”

Rizwan conceded the fact that the untimely injury to Babar, who fractured his right thumb during practice in Queenstown on Dec 13 and was due to lead Pakistan for the first time in a Test match, has certainly deprived Pakistan of a world-class batsman.

“Obviously, losing Babar for the entire T20 series and now the first Test is a massive blow for the team. There is no doubt about his status as one of the best batsmen in world of cricket. But we are hopeful that whoever replaces him in the playing eleven on Saturday will put his hands up because representing the country is one chance he must make full use of,” Rizwan hoped. “It’s never easy to find replacement at such a short notice for a player of Babar’s stature. And despite being injured, Babar is turning up at our practice sessions and encouraging the players and telling them not to get disheartened which surely shows how serious he is about for the welfare of our team. His words mean a lot for all of us.,” observed Rizwan.

He downplayed the impression of Pakistan — who have also been depleted by the unavailability of Shadab Khan (who led the side during the T20 series) and opener Imam-ul-Haq through injuries for the opening Test — feeling the heat against a New Zealand Test side which is formidable in their own backyard with an impressive track record.

In the only Test played in Mount Maunganui, New Zealand hammered England in November 2019 by an innings and 65 runs on the back of sterling efforts from left-arm fast bowler Neil Wagner (eight wickets in Test) and wicket-keeper B.J. Watling’s career-best knock of 205.

“We don’t need to read too much really what they [New Zealand] have in store for Pakistan. We had a good look at the pitch today and found the strip fully covered at the top. The lush exterior is a clear indication that it would be a green-top Test match pitch,” Rizwan remarked in a confident tone. “Our job is to go out and perform as well as we are capable of and if New Zealand have the luxury of fielding a world-class seam-bowling attack like [Trent] Boult, [Tim] Southee and Wagner, then our bowlers certainly have the capacity and firepower to create a lot of problems for their batsmen.

“Why should we fear New Zealand bowlers because our batsmen, too, have been playing on green-tinged pitches back home. You get similar sort of pitches that we have seen here [in New Zealand] at places like Abbottabad, Peshawar, Rawalpindi and Sialkot.

“I promise our fans that we will be going all out, and will not get under pressure by playing aggressive cricket to put New Zealand on the back foot. Insha’Allah that would be our prime objective and that’s how I play cricket.”

The 28-year-old Rizwan — who will be appearing in just his 10th Test after debuting against New Zealand at Hamilton in November 2016 when the then captain and current head coach Misbah-ul-Haq was slapped with a one-match suspension and fined for a slow over-rate offence — observed the pressure on him had considerably eased after he masterminded Pakistan to victory in Tuesday’s final Twenty20 International in Napier with a career-best 89 at McLean Park.

“It’s always nice to make a winning contribution for Pakistan. I felt in good nick throughout that [T20] series. It was just that our plans were not executed in the way we wanted. But having said that, Alhamdulillah I would say the victory in the last T20 has definitely given us a big boost for the Test series,” he asserted. “Personally, I am feeling a lot more confident now because it is a great honour to be asked to captain your country in a Test match.

“I’m also fortunate to observe how Sarfaraz [Ahmed] went about his job as Pakistan captain. He’s has always been supportive to me and is ever willing to boost me up. Personally I would consider myself extremely lucky to get the opportunity as an understudy [to Sarfaraz] when he was well established in the Pakistan side. I’ll fully acknowledge Sarfaraz’s immense services for the country. And that I learnt a lot and grew up as a player by sharing the dressing room with him. No doubt, he has led Pakistan with distinction and I’ll always cherish his company.”