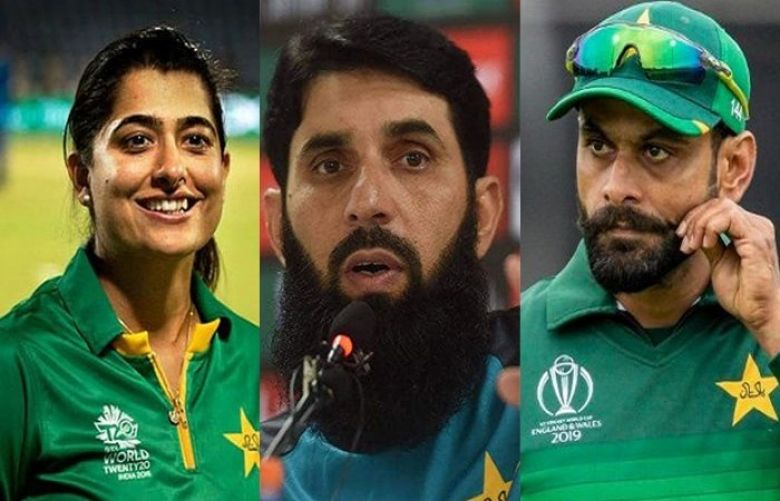 Five Pakistani cricketers, three men, and two women are in the run to be selected for the International Cricket Council's (ICC) ODI teams of the decade.

The probables for inclusion in the ICC men’s and women’s ODI team of the decade were revealed yesterday.

For the men’s ODI team, three cricketers — Saeed Ajmal, Mohammad Hafeez, and Misbah ul Haq — are among the nominees.

The ICC had earlier nominated Misbah for the Spirit of Cricket award of the decade.

Misbah, who led the Pakistan Cricket team in the 2015 ICC Cricket World Cup, scored 3599 runs in 97 innings — the second-most by a Pakistani since January 2010.

Mohammad Hafeez leads the list of leading run-scorers for Pakistan in the period with 5,740 ODI runs to his credit in the last 10 years. In addition, he has also claimed 101 wickets in the period.

Saeed Ajmal, with 157 ODI wickets during the period, leads the bowlers’ chart for Pakistan.

As far as women's cricket is concerned, Javeria Khan is Pakistan’s lead batting performer with 2,586 runs to her name, while Sana Mir in the same period has taken 120 wickets and scored 1,305 runs in Women ODIs.