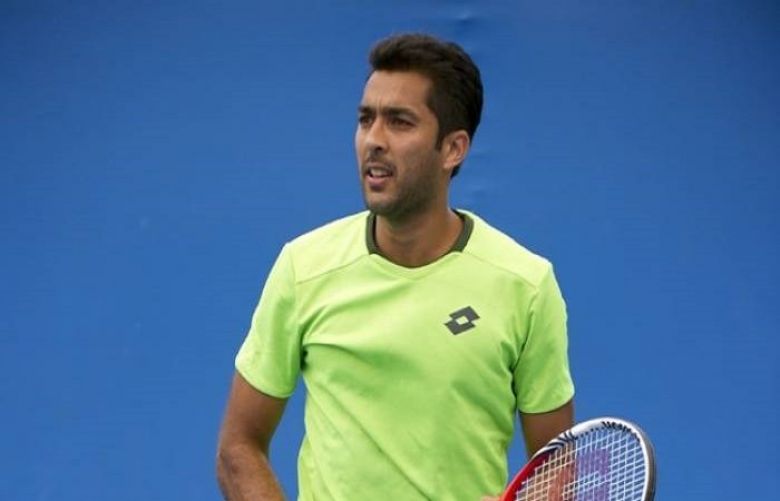 Aisam will be in action on Wednesday in the first round of the tournament's mixed doubles event alongside world number 6 Stefanos Tsitsipas of Greece.

Aisam said that he will wear a white armband to protest peacefully against the French president and blasphemous publications.

“The most important and valuable lesson I have learnt as an athlete and a tennis player is to respect all religions, cultures, faiths and beliefs. Freedom of speech does not and should not mean freedom to antagonise anyone and disrespect someone's religion,” he said.

“I will be wearing a white armband all this week at Paris Masters as a peaceful protest against the French president who, sadly and disappointingly, is endorsing and encouraging this kind of behavior where people are allowed to disrespect the religion of Islam and make fun of our Prophet Mohammad (PBUH).

The Pak-Greek duo will face Jamie Murray and Neal Skupski of Great Britain on Wednesday.

Aisam added that the blasphemous caricatures were unprovoked as he highlighted that "Islam only preaches the message of peace and love and respect for all the prophets."

He also urged the global sports community to follow suit and denounce what the French government has been doing.

“I urge not just Muslim athletes but athletes all over the world - who respect other religions - to show solidarity and unity by wearing a white armband and raise awareness that we, as human beings and athletes, can't accept disrespect and mocking of other religions,” he concluded.

It is worth mentioning that French President Macron had earlier defended the publication of blasphemous content by newspaper Charlie Hebdo, terming it freedom of expression.