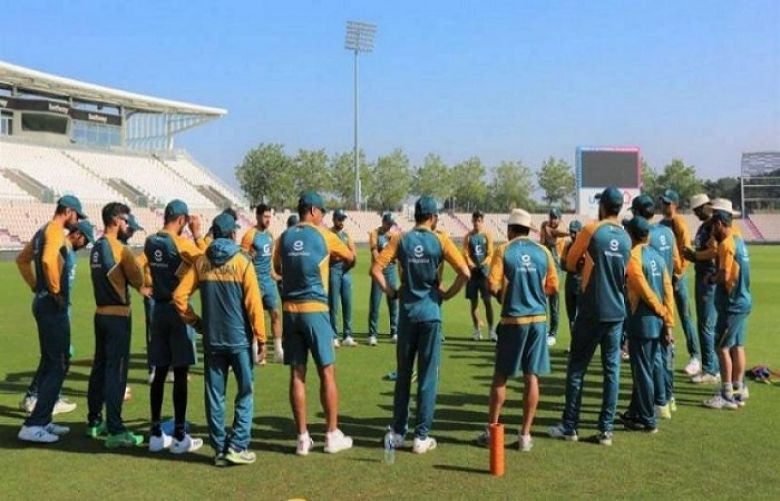 The Pakistan Cricket Board (PCB) on Thursday announced its 15-member squad for the first ODI against Zimbabwe which is scheduled to be played tomorrow in Rawalpindi.

The squad was announced by the PCB in a tweet.

The PCB has named Babar Azam as the captain and selected Mohammad Rizwan as the wicketkeeper for the match.

Vice Captain Shadab Khan will miss the match as the medical team of the PCB Wednesday had ruled him unavailable for selection.

Shadab felt stiffness in his left upper-leg during the first intra-squad warm-up match on October 23 in Lahore. Now the vice-captain will undergo treatment and rehabilitation regime and an update in this regard will be provided ahead of the second ODI.

Men in green aim to lead in ODI series opener

Pakistan is gearing up for the 2023 World Cup qualification in the Super League ODI tournament with the three-match ODI series against Zimbabwe.

So far only three out of 13 countries have initiated their 2023 World Cup campaign. Pakistan vs Zimbabwe is the first series being played in Asia amidst the COVID-19 pandemic.

As a host nation, India is a direct qualifier for the 2023 event with seven other teams joining them. England leads the table with 30 points followed by Australia at 20 and Ireland at 10 points.

The featured teams will include 12 full member states and The Netherlands — which qualified by winning the ICC World League Championship. The Super League will see eight three-match series of four games at home and four away between the teams.

Each team will gain 10 points for a win, five for a tie/ no result or abandonment, and zero for a loss. The teams will be ranked according to the total points earned across the eight series.

The sides failing to qualify directly will get a second shot through a qualifier.