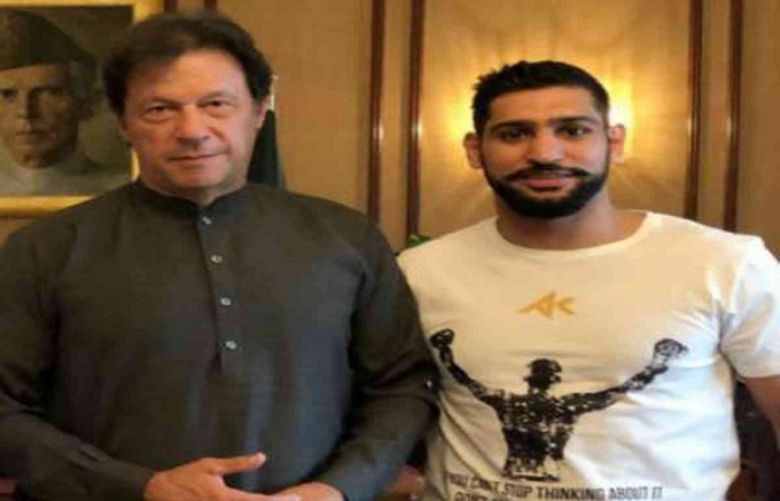 In a tweet, the athlete said he had spoken to his advisory team who thought it best he should continue to serve people in Pakistan through his philanthropic activities.

Talked to my advisory team, I will decline the offer to join Pakistan politics. The country is run by an amazing PM @ImranKhanPTI and we all have trust in him. I prefer continuing my charity work @AKFoundation in UK, Pakistan and rest of the world to make areas better and safer

Khan did not disclose who invited him to join politics in Pakistan. However, the boxer had tweeted his intentions to play a role in Pakistani politics, a day earlier.

"I would love to make Pakistan a better place and be a massive help in many areas [such as] sport, education, stopping child labour and many more things," he had written a lengthy note on Facebook.

"I've sat with many politicians and army generals, agreeing and disagreeing on topics in the country. My heart is clean and I would want the best for Pakistan. Let's see how things play out," he had said.