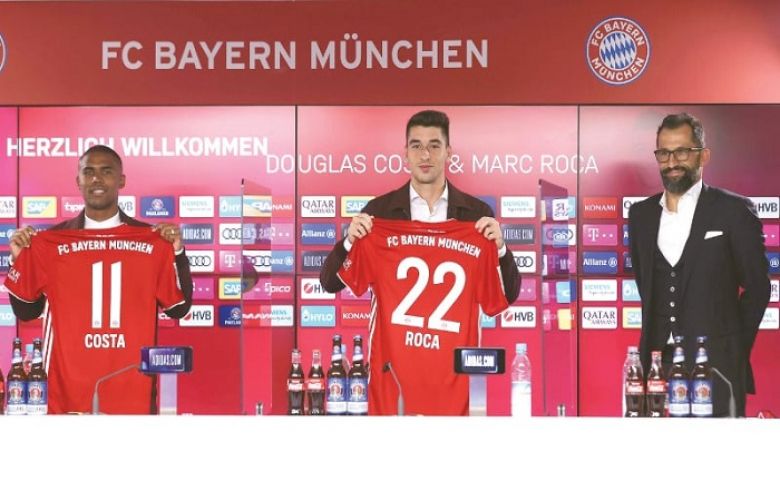 Bayern Munich winger Douglas Costa on Tuesday shrugged off having been called a mercenary by former club president Uli Hoeness when he left the Bavarians in 2017, saying he did not live in the past and was happy to be back in Munich.

Costa returned last week on a one-year loan from Juventus.

“We have not yet spoken [with Hoeness]. For me it is in the past. What happened, happened and it is done. I think this issue is finished,” Costa told reporters.

“I think I have matured in Italy. But apart from that I have not changed,” he added.

The 30-year-old Brazilian had played for Bayern from 2015 to 2017, before leaving to join Juventus initially on loan and then on a permanent deal.

Hoeness had said at the time it was Costa’s character that was to blame.

“It did not work with Costa because he was a bit of a mercenary and we did not like his character,” Hoeness, who stepped down from his post in 2019, had said at the time of Costa’s departure.

Bayern, who have won five title this year, including the domestic double as well as the Champions League, are looking for a record-extending ninth consecutive Bundesliga crown.