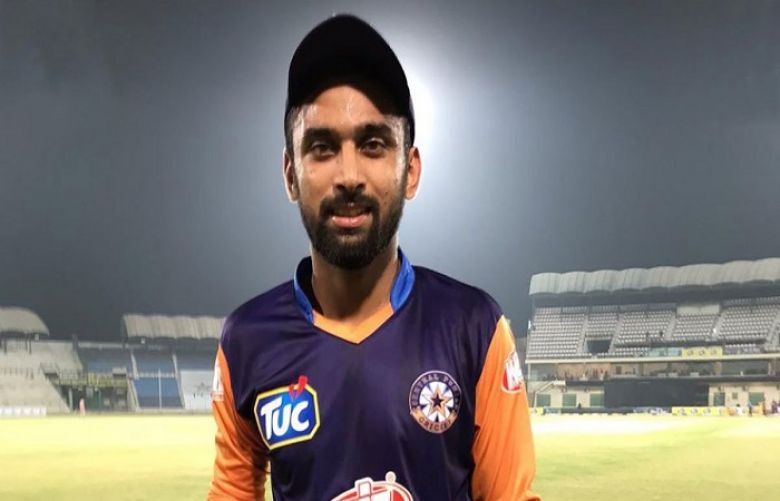 Central Punjab's Abdullah Shafiq on Wednesday impressed on his T20 debut as he made an unbeaten century during the second match of the National T20 Cup in Multan against Southern Punjab.

The 20-year-old hit 102 off 58 deliveries, making him the first Pakistani player to score a century on his debut in both first class and T20 cricket.

His blitzkrieg helped his side beat Southern Punjab by seven wickets.

The young batsman is the fourth Pakistani and overall the eighth cricketer to score a century on T20 debut. Other Pakistanis include Moin Khan (in 2005), Asif Ali (in 2011), and Bilal Asif (in 2015).

The only other player in the world to achieve this feat is Shivam Bhambri from Mohali, India.

Bhambri had scored 106 on his T20 debut and 105 on his FC debut for Chandigarh last year.

Meanwhile, in the same match, veteran wicket keeper batsman Kamran Akmal, for Central Punjab, scored 75 off 41 to complete 6,000 runs in T20 cricket, making him the third Pakistani to complete the feat after Mohammad Hafeez and Shoaib Malik.