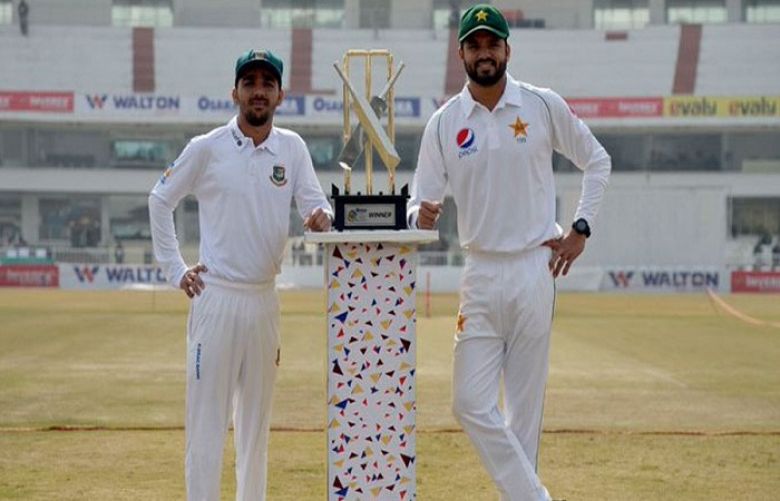 The Bangladesh Cricket Board (BCB) is keen to reschedule the postponed Test against Pakistan in a bid to recover from the loss of five home and away series that could not take place due to the coronavirus pandemic.

The cancellation of the five series is adversely affecting Bangladesh’s chances in the ongoing World Test Championship.

The series against Pakistan, which was postponed, included the second and final Test along with a solitary One-Day International (ODI) encounter.

The Tigers called off a tour to Ireland while Australia’s tour to Bangladesh was also scrapped. The Bangladesh side was then supposed to tour Sri Lanka in July, however, the series was also called off as the pandemic raged on around the globe.

“You all know that we were forced to postpone four series [due to the pandemic], against Australia, New Zealand, Sri Lanka and Ireland. Other than that, we had a Test left to play with Pakistan. This [Test against Pakistan] can be rescheduled easily as it requires a small window. We will discuss that with Pakistan Cricket Board,” BCB CEO Nizamuddin Chowdhury told media on Tuesday.

“With New Zealand, we have discussed about rescheduling the Test series and we have agreed on confirming the series by the middle of next year. The series against Sri Lanka is already confirmed,” the BCB high-up added.