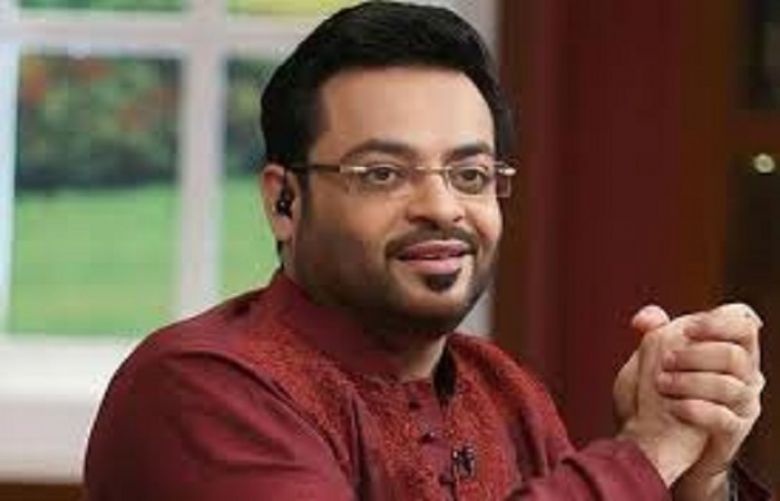 Television anchor and PTI leader from Karachi Amir Liaquat Hussain has announced he will be resigning from his post as an MNA.

In a tweet, the former MQM member revealed he was on his way to the Prime Minister's Office to offer his resignation to PM Imran.

Hussain who won on a PTI ticket from NA-245 in the 2018 general elections, had earlier hinted at resigning in a post on Twitter, citing reasons that he could not offer his constituents any respite from Karachi's frequent power outages.

Karachi has been hit with intense power outages for the last few weeks as the federal government and the Sindh government continue to trade barbs over the city’s power issues and power supplier K-Electric. The city has been experiencing up to 10 hours of unannounced power cuts despite assurances from ministers.

This is not the first time that the PTI MNA has been in the news for being upset at his party.

In 2018, a month after the general election, reports had emerged of differences between Hussain and the PTI after he had expressed anger with the party over failure to invite him to a dinner hosted at the Governor House.

According to reports, Liaquat left a WhatsApp group comprising PTI Sindh's leaders over the issue.

Prior to leaving the WhatsApp group, Liaquat had sent a voice note in which he expressed anger towards Secretary Information Shehzada Qureshi calling on him to bring a positive change.

“You will not get the opportunity of winning so many seats. Do not be the reason to lose respect. Hurdles will be created in the future if you continue mistreatment of your own people” Liaquat was quoted as saying in the voice message.

PTI’s Karachi President Shamim Naqvi had said there was no reason to be upset as no dinner had been hosted.