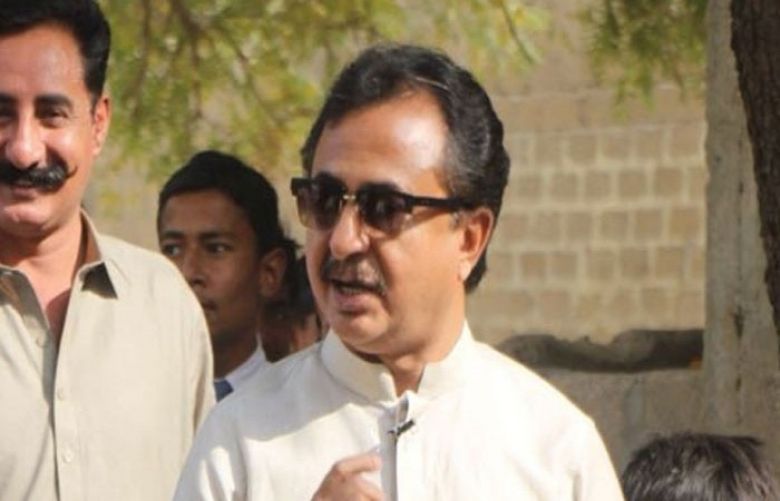 The National Accountability Bureau (NAB) has launched an inquiry against Sindh Assembly member Haleem Adil Sheikh for his alleged involvement in a scam of grabbing and selling 257 acres of state land.

The NAB has summoned all details of the record from the Deputy Commissioner Malir, sources said. The anti-graft watchdog has asked the D.C. Malir to submit all concerned papers by July 27 to the accountability bureau.

According to the NAB sources, Haleem Adil Sheikh has been accused of grabbing and illegally selling the state land.

The NAB’s letter has given the details of all grabbed state lands with measurement, sources said.

Sindh Anti Corruption Establishment had last year sought permission from the chief secretary to file a case against the MPA and his brother Aleem Adil Sheikh, who had been charged of China cutting of the state land by the survey officials.

The anti-corruption report had also alleged the MPA’s son and revenue officials’ involvement in the land grabbing scam.

According to the ACE sources, a network of bogus housing societies was unearthed at the Super Highway, with fake documents the state land was shown as private property. The state land was grabbed in connivance with the revenue and Sehwan authority’s officials, anti corruption sources claimed.

The SBCA and all registrars have been intimated about the land grabbing scam, anti corruption sources said. “A fake scheme or project will not be leased neither their maps will be passed”, sources added.