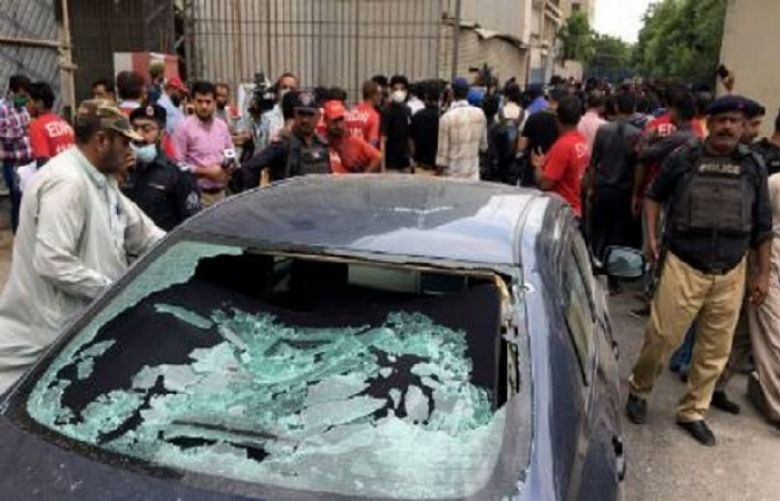 The Pakistan Stock Exchange mastermind was in touch with militants who attempted to storm the building via live camera.

Authorities had obtained the camera from the terrorists after they had been neutralised. The important information had been extracted from the mobiles seized from the militants.

One of the terrorists was killed a few seconds into the attack after being shot by a sub-inspector posted at the site.

The investigation officials further said that all four terrorists resided in Balochistan. They added that two among them hailed from the Kech district, one from Hoshab and the other belonged to Panjgur.

Last week, four terrorists had attacked the PSX compound in Karachi, as a result of which a policeman and three security guards of the stock exchange were martyred while the four terrorists were killed in the retaliatory action of the forces.

Armed militants had arrived at the PSX compound in a sedan and attempted to enter it from the parking ground side, according to initial reports and eyewitness statements. They were seen shouldering backpacks and carrying automatic weaponry in an amateur video captured by an eyewitness. The equipment, arms and ammunition recovered from them indicated that they had come prepared for a long siege.

After failing to enter the compound, the militants launched a gun and grenade attack and attempted to storm the building while opening indiscriminate fire. They were engaged by security personnel posted there and failed to make headway amidst heavy exchange of fire.

Initial reports indicate that all four of the militants were killed near the entrance gates, before they could enter the building. Two security guards and a police sub-inspector laid down their lives foiling the attack.

The entire locality was later cordoned off by security forces and a search and clear operation was launched. The PSX was evacuated and the car that the militants arrived in was taken into custody.