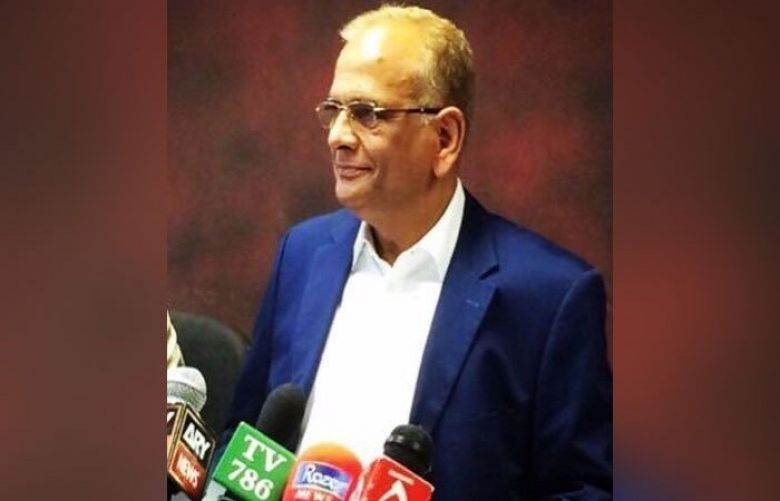 The Muttahida Qaumi Movement’s former head of diplomatic wing and Coordination Committee member Muhammad Anwar alleged that the MQM has been receiving funds from the Indian government and he was asked by the party leadership to coordinate with Indian contacts to receive the funding.

MQM stalwart denied having anything to do with the murder of Dr Imran Farooq and said that it was Nadeem Nusrat who introduced him to an Indian diplomat in early 90’s. Nusrat, MQM’s former Coordination Committee member, now lives in Washington and runs his own organization.

Speculations have also existed that the MQM received monies from India’s spy agency RAW but this is for the first time that a former senior office-bearer like Anwar has officially accused MQM of being involved with India’s spy agency over a period of time.

Anwar revealed: “It was sometime in the early 90’s when Nadeem Nusrat came to me and told me that he would like me to meet an Indian diplomat. He asked me to meet the Indian diplomat alone but I refused and told him that he should accompany too. It was at 7 o clock in the evening and it was raining heavily that day. Nadeem Nusrat, on my insistence, went with me to the meeting but stood outside the venue.”

Anwar said he told the Indian diplomat that he will discuss issues with him only in the presence of his senior, Nusrat. The Indian diplomat told Anwar he had instructions only to speak to him and not to anyone else. “I told him that I will not speak to him on my own. After making a call to someone and after about half an hour’s argument, he received permission and then Nadeem Nusrat joined us too. This is how I got connected.”

Anwar said that it was never his decision to meet Indian diplomats and deal with them. “I confirm that I was obeying orders of the party. I was asked to do what I did and I was connected by MQM with the Indian contacts. I never had any vested interests. We were towing the party line on India.”'

Anwar said that his own colleagues in MQM – Pakistan and UK created a bad impression about him, projected him as the only bad person whereas the reality is that each and every person in the leadership position shared responsibilities and all decisions were taken in consultations with each other.

He said that the MQM-Pakistan leaders were projecting themselves today as holier than thou but he said that the Karachi based leadership was responsible for large-scale killings and destructions in the city. “The so-called civilized leaders that you see on TV these days were the ones who were always offering to Altaf Hussain to inform them who to maim, kill and burn. I am ready to share details with authorities about their deeds. Over the years, they have blamed me only to launder themselves as clean guys. That’s not the case.”

He told this correspondent that the judgment quotes Khalid Shamim as saying that in 2005 he called Dr Imran Farooq from Dublin and spoke to them both over the speaker and in the same conversation, Anwar allegedly asked him to kill the slain MQM leader.

“It’s ridiculous to say that I was planning Doctor Farooq’s killing on his face during a conversation Doctor Farooq was listening to, standing with me. Is this believable? This is a Romeo and Juliet story. This is totally baseless, without any substance.”

Anwar said he has never met Shamim in is life and never had any relation with him of any kind. "How is it possible that I planned the assassination of my senior in his presence, with a stranger on the phone thousands of miles away," he asked.

Anwar blamed Governor Ishratul Ibad, the former governor of Sindh, for spinning theories about his role in the killing. Anwar shared that Ibad told him that Britain’s spy agency, MI6, has shared with him two pictures showing Anwar with the two assassins of Dr Farooq.

Anwar said: “I asked Ibad many times to send me pictures but he never did and then I had to take a tough stance. Altaf Hussain asked Tariq Mir to visit Karachi, meet the governor and bring the two pictures. Tariq Mir came back with two tiny photo-shopped pictures made in a studio. I laughed seeing at those pictures.”

Anwar said he had fully cooperated with Scotland Yard in their investigation and the police had never shared with him anything suggesting his link of any kind with the killing. “If there was anything the police would have presented that before me as incriminating evidence but I have seen nothing and the police have mentioned nothing.”