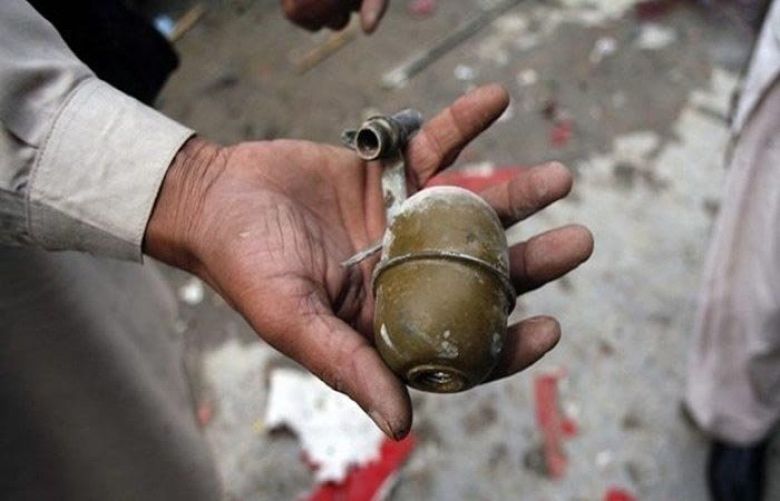 A hand grenade attack near an Ehsaas Programme centre killed one and wounded six on Friday, according to the Superintendent of Police Central Aslam Rao.

According to police, the incident occurred at a college in Liaquatabad No 10, where under the programme cash was being distributed among the needy.

According to the SSP Liaquatabad, in the hand grenade attack, a Rangers officer was also wounded.

The attack caused damage to a Rangers’ vehicle parked nearby, said the policeman, adding that those wounded in the attack include people who had gathered to withdraw cash under the programme.

Police said that early today, unknown men threw a hand grenade at the gate of the college from a flyover and fled from the site.

After the incident, a heavy contingent of Rangers and police reached the area. Officials are investigating the incident.

After the incident, Governor Sindh Imran Ismail said that those who attacked the cash programme centre ‘will not be forgiven’.

He asked the law enforcement agencies to arrest those behind the attack.

Earlier today, at least two Rangers personnel and one civilian lost their lives when a blast took place near a security forces vehicle in Sindh’s Ghotki, according to DSP Hafiz Qadir.

DSP Qadir said that Rangers personnel were buying meat in the market that a loud blast took place.

He said that the bodies and wounded were shifted to District Hospital Ghotki.