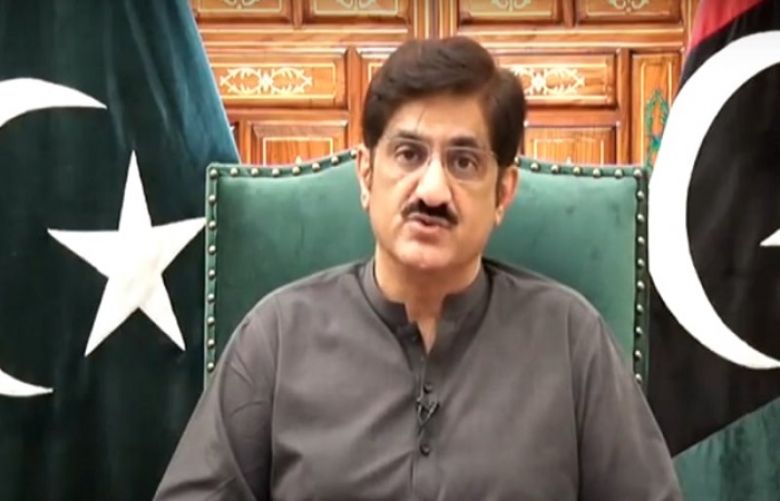 The chief minister was speaking to media a day after he officially presented the provincial budget for the fiscal year 2020-21.

“No calamity struck, [hence the only reason] is that less revenue was generated due to incompetency,” he said, criticising the federal government for its economic policies.

Murad said that in the current year, the province has received Rs229 billion less from the federal government. “This year, Rs835 billion were to be received from the Centre [but were not].”

He said that Sindh received Rs553 billion from the amended target as well, lamenting that for the next year, the Centre has kept the growth target at 2.1.

The top Sindh official said that except for health this time, no new scheme was introduced in any sector.

“The 700 schemes, which will be completed next year, will be funded.”

He alleged that the development budget was slashed due to the centre, adding that the federal government ‘does not want to own up’ its incompetency.

The Sindh CM unveiled the budget for the year 2020-21, with an outlay of Rs1.24 trillion, amid protest from opposition lawmakers in the assembly session on Wednesday.

Shah had announced that the government of Sindh has decided to bump up the salaries of civil servants.

In his budget speech, CM Shah also announced that the salaries of Grade 1-16 government employees would be increased 10%, while those of Grade 17-21 would receive a 5% raise. The upward revision, however, would not be applicable to provincial ministers and Sindh cabinet, he added.

He had said the government of Sindh had formed a Rs3-billion Corona Emergency Fund and the province took the initiative for the lockdown before other provinces followed suit.

The chief minister further added that for the education sector, Rs21.1 billion have been allocated for 11 new, unapproved projects. For the 265 pre-existing schemes and four new ones, Rs 13.2 billion were set aside, he added.

Among other recommendations as per the budget documents, a sum of Rs5 billion was allocated to deal with the pandemic measures. The documents showed that there was no new agricultural research scheme in the provincial budget.

The recommendations also included the allocation of Rs7.2 billion and Rs1.86 billion for Malir Expressway and Karachi-Thatta double-track road, respectively.