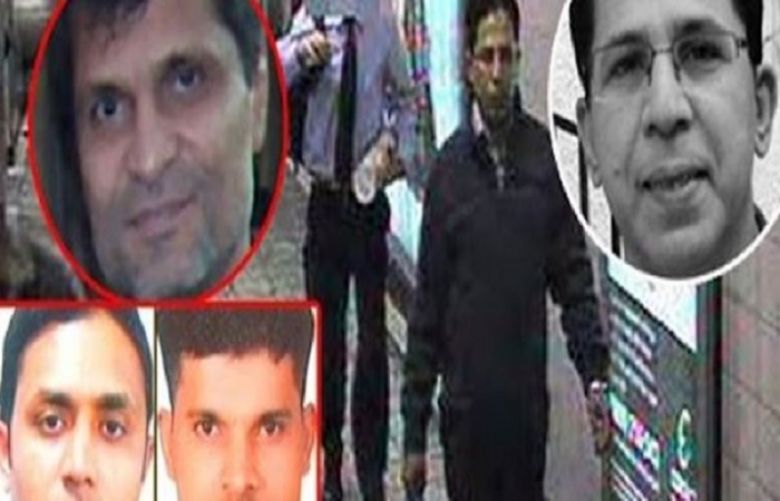 After a marathon trial, an anti-terrorism court (ATC) in Islamabad on Thursday handed life imprisonment to three men over their involvement in the murder case of MQM leader Dr Imran Farooq.

ATC Judge Shahrukh Arjumand announced the verdict that was reserved on May 21.

The court handed life sentence to Moazzam Ali, Mohsin Ali and Khalid Shamim and directed them to pay a fine of Rs1 million each to the legal heirs of the slain MQM leader. The convicts who are incarcerated in Adiala Jail heard the verdict through video link.

They were handed the sentence on charges of plotting the murder and aiding and abetting the crime.

The judge had reserved the verdict on May 21 after Federal Investigation Agency (FIA) Prosecutor Khawaja Imtiaz concluded his final arguments in the case. The FIA prosecutor had stated that there is enough evidence available against the accused who, he said, should be punished in accordance with the law.

Dr Imran Farooq was stabbed and bludgeoned to death near his apartment in London in September 2010. Earlier, the three accused, Khalid Shamim, Mohsin Ali Syed, and Moazzam Ali, had retracted their confessional statements.