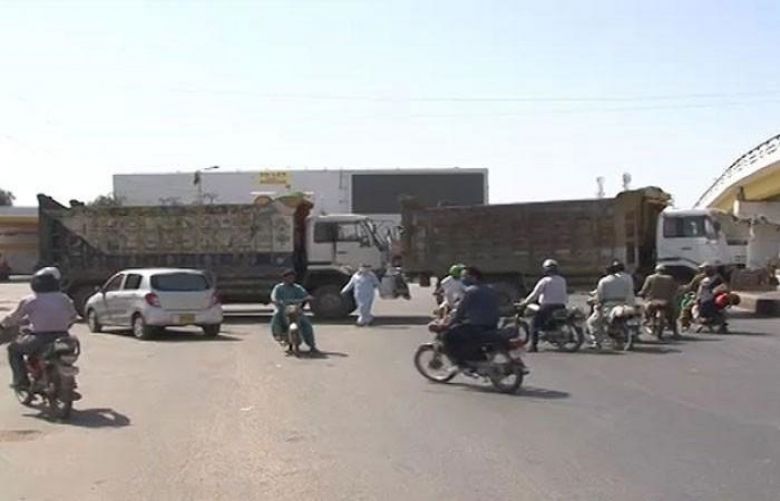 Parts of Karachi's District East were sealed on Sunday after the authorities identified certain areas as hotspots for the coronavirus.

On Saturday, a notification issued by the deputy commissioner’s office identified 11 union council, comprising areas in Gulshan-e-Iqbal, Gulistan-e-Jauhar, Mehmoodabad, Lines Area, PIB Colony and Jamshed Quarters to be sealed off to contain the spread of the novel coronavirus.

The Sindh government had later backed down from its decision to cordon off several neighbourhoods in the city's East zone, less than six hours after ordering them sealed.

Sindh Information Minister Sindh Nasir Hussain Shah had later clarified that the government will not seal entire union councils, rather "only those specific areas where cases have been reported will be sealed".

"It will cause great inconvenience to the people if such large areas are completely closed off," he said.

According to the earlier notification, the step was being taken under Sindh Epidemic Disease Act (2014) and "in the larger public interest to prevent a widespread outbreak of novel coronavirus".

"To curb this pandemic we have to take some big steps," the government official said, adding that measures will be taken to continue the supply line in the areas.

The total number of population in these 11 UCs is 774,704, of which the Faisal Cantonment area, which also falls under them, has the highest number of 98,668 individuals.

The metropolis' Gulshan-e-Iqbal locality is the most-affected area from the COVID-19 virus, a report released Thursday by the Sindh health department indicated.

Of all cases in Karachi, the highest number was recorded in Gulshan-e-Iqbal, at 127, whereas Saddar followed with 109 cases, the department's statistics showed.

Jamshed Town was ranked third, at 42 positive COVID-19 cases, followed closely by Malir, at 41 patients. At least 30 individuals tested positive for the virus in North Karachi.

Two cases each were reported in Balda Town and Gadap Town, while one was confirmed in North Nazimabad, the Sindh health department report noted.

Gender-wise, the breakdown showed 70% of the patients were men and 30% women.