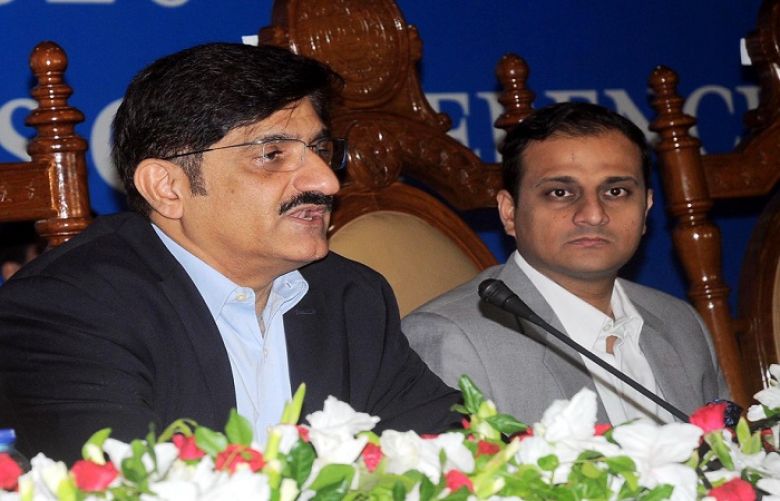 The Sindh province will go under a three-day lock-down, Chief Minister Murad Ali Shah announced on Friday, as the number of local — or 'social contact' — cases rose from 40 to 51.

"People should go into complete isolation for three days," Shah said during the 23rd meeting of the provincial task force on coronavirus. "It is important for people to remain inside their homes" for themselves and other's safety.

During its briefing to the committee, the Sindh health department informed the participants that there were 151 cases in Sukkur. The results of 420 samples from Sukkur Phase 2 were yet to be released as were those of 83 samples from Larkana.

The local cases in Sindh, on the other hand, rose to 51, the provincial health department told the meeting.

"In total, 31 flights carrying 3,710 passengers were scheduled today and all passengers who arrived have been screened. Samples of four passengers — who were suspected to have been infected by the coronavirus — have been obtained," the department noted.

CM Shah, in this regard, said the rising number of Sindh's local cases was "extremely concerning". "This is why I'm appealing to the people to stay inside their homes. People need not only save themselves but their children as well," he added.

No more than five people to gather

Inspector-General of Police (IGP) for Sindh Mushtaq Mehar said late Friday no more than five people should gather in the cars, on the roads or any other location and that legal action would be taken in case of violation.

"The first and foremost action against a pandemic is to limit people's movement. People should reduce their travelling [inside the city] to as less as possible," Mehar added.

Unnecessary meeting, gatherings, and social communication should be avoided, the IG noted, adding that police should issue a clear guidance on the limitation on people's movement.

The government of Sindh refuted claims of a curfew in Karachi, with the provincial education minister, Saeed Ghani, saying reports on social media about a curfew in the metropolis were wrong.

"No such decision has been made. We have only appealed to the people to stay inside their homes on March 21, 21, and 23 — the Pakistan Day public holiday," Ghani said. "People should not go outside during these three days."

Separately, the provincial education minister said on Twitter no decision had been made to impose a province-wide lock-down or curfew. CM Shah, he added, had appealed to people to stay inside their homes on the aforementioned three days.