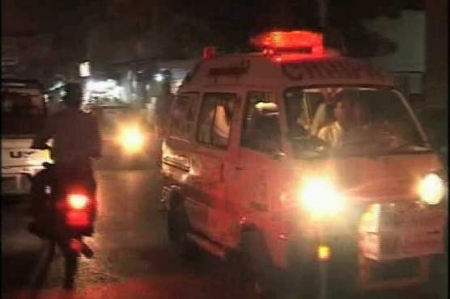 At least four people were killed in acts of violence in different parts of Karachi.

Incidents of violence and target killing continued in Karachi and four people were killed in different localities of the city.

According to details, some unidentified miscreants riding on motorcycles opened fire and killed a man named Imran in Orangi Town.

In a separate development in the same locality, two dacoits were shot dead by resident when they were robbing a man named Sultan. According to police, one of the dacoits was identified as Muna Dacate alias ‘one two five’.

In Sohrab Goth, police arrested two accused including an injured dacoit after an encounter. Police have also claimed to recover arms from the accused.

Meanwhile, a man who was wounded in firing incident in Shadman Town area succumbed to his injuries in hospital.