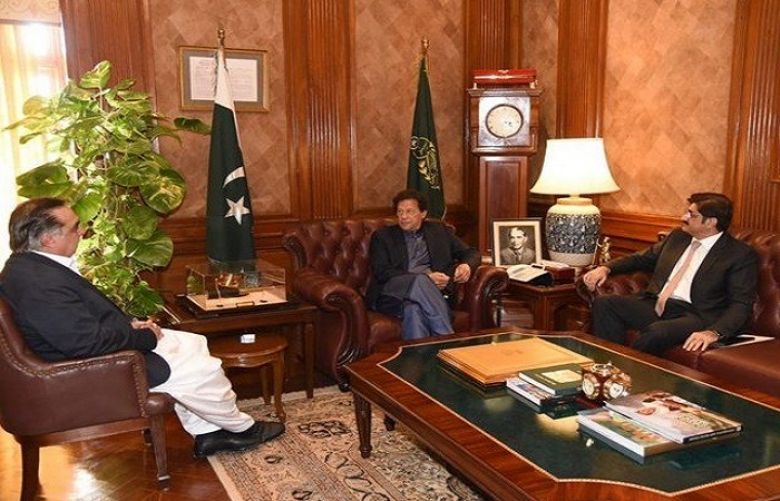 The Pakistan Tehreek-e-Insaf (PTI) led federal government on Monday reached a consensus with the Sindh government on removing incumbent Inspector General of Police Kaleem Imam, agreeing to replace him with a new provincial police chief.

The breakthrough finally came in a meeting on Monday between Sindh Chief Minister Murad Ali Shah and Prime Minister Imran Khan in Karachi, where the chief minister formally requested the premier to replace Imam with one of four officers whose names have been forwarded to the federal cabinet.

PM Imran arrived in the metropolis for a one-day visit on Monday and is set to meet businessmen and attend a Kamyab Jawan Programme cheque distribution ceremony. Governor Ismail and CM Murad received the premier at PAF Base Faisal.

The prime minister is scheduled to attend a fundraising event for the Shaukat Khanum Cancer Hospital. PM Imran will also be the chief guest at a cheque distribution ceremony for the Kamiyab Jawan Programme beneficiaries in the city.

The visit to Karachi comes amid reports that relations between the premier and the Sindh government have been improving. Quoting unnamed sources at the CM House, The News reported on Monday that the PM’s behaviour has been very cordial with the Sindh CM lately.