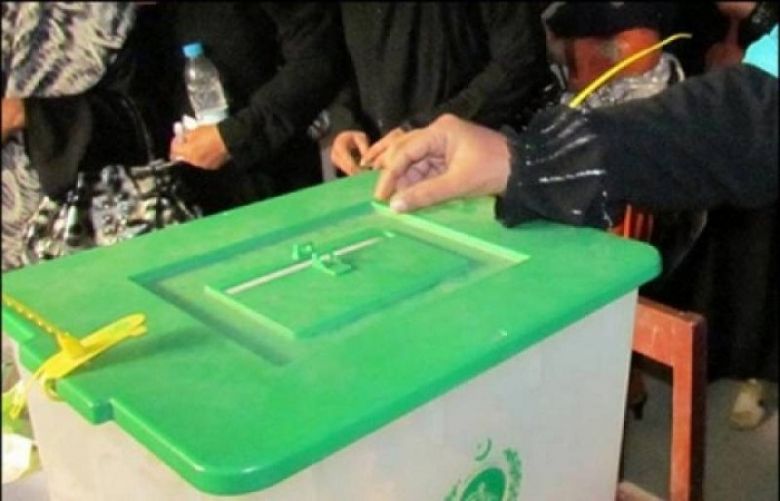 Voters headed to the polls for the PS-11 Larkana by-elections on Thursday while a detailed report was submitted to the deputy inspector general (DIG) for Larkana regarding PPP leaders' visits to the polling stations.

Polling ended at 5pm and the counting of votes is now underway.

The Election Commission of Pakistan (ECP) had announced by-elections in the PS-11 Larkana-II constituency after the de-seating of MPA Moazzam Abbasi of the Grand Democratic Alliance (GDA) by the Supreme Court in August.

The DRO submitted a detailed order to the DIG regarding their visits. Additionally, the ECP monitoring team reported their visits and said that they were obstructing the polling process by doing so.

According to PPP spokesperson, Junejo visited polling station number 86 for three minutes to discuss a personal matter with a party worker.

In his tweet, which did not mention the Larkana by-polls, he alleged it was a "blatant attempt to deprive PPP of an equal playing field".

In a subsequent tweet, he said: "Only way to supervise and counter rigging attempts by the establishment is for elected members to carry out their democratic & constitutional rights. Any unconstitutional and illegal dictation must be resisted by democratic forces."

Earlier this week, the PPP chairperson and other party leaders were issued show-cause notice by the ECP for allegedly violating its code of conduct by visiting the provincial assembly constituency ahead of the by-election.