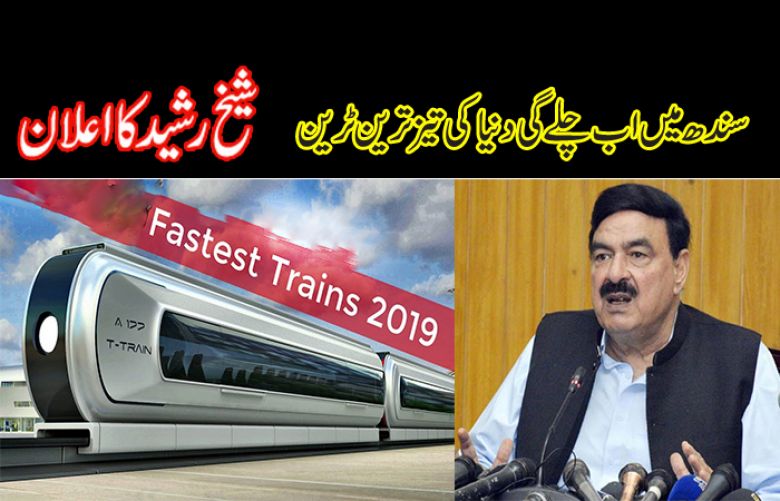 Federal Minister for Railways Sheikh Rasheed Ahmed has announced to start the world most speedy train between Sukkur and Karachi while he also announced to provide more 10 thousand jobs in the railways.

Talking to media at Sukkur railway station before leaving to visit railway stations in interior Sindh, Federal Minister for Railways Sheikh Rasheed said that Prime Minister Imran Khan-led government commenced three trains in the Sindh which included Rubi, Moenjodaro and Sindh Express while lamenting on Pakistan Peoples Party (PPP) he said that those who ruled for thirty years could not start even a single train in the province.

Reiterating Prime Minister Imran khan stance on NRO, the Railway Minister said that the premier will never give anyone any NRO while he said that Asif Zardari through his friends and Nawaz Sharif also have started efforts of a plea bargain.

Shedding a light on railway tracks in Sindh he said that it was rolled in 1861 adding one and half month of rains damaged the track at great extent while the people will use to die until its repair.

The Minister said that in past 200 people died in a day and some quarters made an uproar over three-train accident in the PTI government adding that people of Sukkur loved him it is his favorite city.

On a query regarding NAB investigation against the PPP leader Khursheed Shah, he said that those who had eaten carrot now they have to face the anti-corruption body.