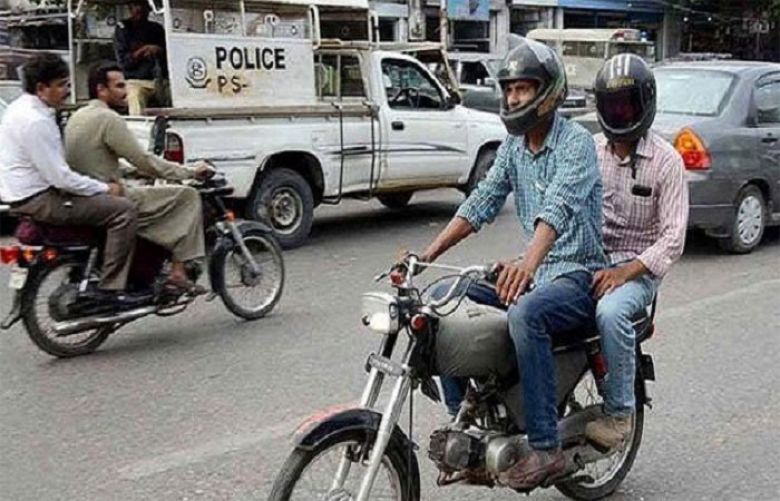 The Sindh government bans pillion-ridding for 9th and 10th of Muharram across the province in line with security arrangements planned for Ashura.

According to a notification issued by the provincial home department, a ban has also been placed on public display of weapons and gathering of five or more people apart from Muharram’s procession.

“The ban shall not be applicable to women, children below the age of 12 years, senior citizens, journalists, personnel of law enforcement agencies and security agencies in uniform and employees of the essential services,” read the statement.

Last year in September, the Sindh government had banned pillion-ridding across the province for three days as part of its measures to provide foolproof security to Muharram processions and gatherings.

According to a notification put out by the provincial home department, a ban had also been placed on public display of weapons and the use of loudspeakers without permission.